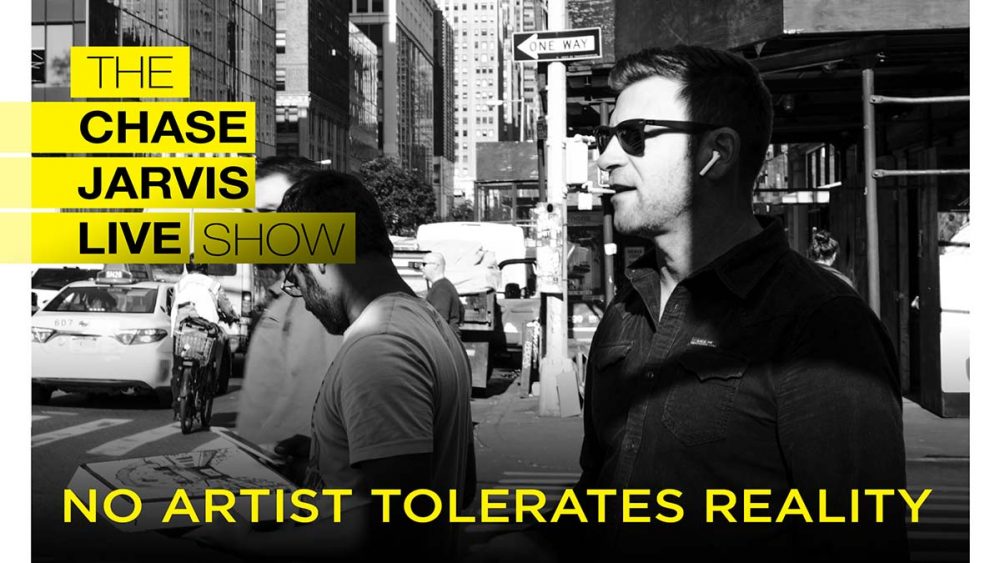 Reality is malleable. The world would have you believe that creativity is an indulgence. That instead, you should follow a more “practical” enough to invest your time and resources in. But these beliefs were invented by people trying to organize the world the way they saw it, not how it really was.

Friedrich Nietzsche expressed a novel observation: “No artist tolerates reality.” Throughout my life’s journey, there have been countless instances where being unsatisfied with the status quo led to the creation of something new. For example, I envisioned a book that spoke of creativity without theorizing about it – a book that wasn’t a how-to series on being creative but instead explored how to actually tap into your creativity. Years later, Creative Calling, the manifestation of vision spawned from dissatisfaction, was published.

If you feel like something is broken or out of place, or there’s a better solution for something, let that inspire you to create something new. Click To Tweet

Let’s talk about a few elements of how artists create their own realities.

Creators Ditch the Comfort of the Known

We spend years, or even decades, living in the ‘comfortable’ because we’re trapped by limiting beliefs. Exploring a new space is difficult, or even paralyzing.

But the fact is, every creator has been there before. They’ve had to gather all it takes to pursue a path not taken by many. It is only when you ditch the comfort of the known that you gain the confidence to explore the unknown. Embracing discomfort is a foundational step to creating your own reality.

Everything around you was created by someone just like you, someone who worked on their seemingly ‘crazy’ or ‘unique’ ideas untethered by anyone else’s expectations or opinions. One of the greatest creators in history, Steve Jobs, exemplified the, ‘reality distortion field’. This means that reality is malleable and can be sculpted by anyone. Steve refused to accept limitations that came in the way of his dreams, furthering the belief that anything was possible.

If you can dream it, you can make it. You are a human with infinite possibilities, why tolerate the finite reality someone else set for you? You can change your reality – and in doing so affect the reality of all those around you.

I chose creativity when I created the Best Camera app, which was the first photo app that had photographs as the basis of a social network. I believed that the idea had staying power. You know the story, it wasn’t Best Camera that ended up selling to Facebook, but the decision to choose creativity and act on it led to a handful of other ventures, including CreativeLive.

CretiveLive is the world’s leading platform for creative and entrepreneurial education, and it wasn’t always welcomed with open arms. In the early days, before online education had become normal, the idea flew in the face of conventional knowledge, and that didn’t rub everyone the right now.

In my career, I’ve chosen creativity every time I could. And here’s what I learned: Every time I did that, I reshaped reality, introduced something new, and combined a piece of myself into it to make a difference in the lives of others. This has been the most effective way of creating something larger than myself.

How Do You Tap Into Your Creativity?

The foundation of all creativity is establishing and maintaining a creative practice. You can’t expect to be a good writer, artist or filmmaker if you don’t make deliberate time for it in your day-to-day life. Those mind-altering, life-changing sparks hit you when you have an idea that you work consistently on. In another episode, I shared 12 habits to unlock your most creative work. From visualizing success to scheduling your work sessions, it’s the simple things you practice that get your creative juices flowing.

Start in small steps. It’s the small, daily changes that accumulate into big changes over time. Develop the capacity to create one thing, because it’s through this capacity that you can recognize and build the muscles to create not just anything, but everything.

So which reality do you want to live in? The safe, comfortable one where you know what to expect? Or the exciting, unknown one, full of possibilities? The choice is yours.