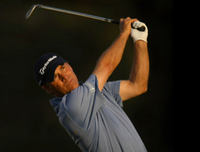 The Price Of Admission

I had a mini-epiphany after receiving some comments and re-reading a post I wrote earlier this week called Bet on Hard Work Over Talent.

That epiphany is pretty simple. I forgot to include one or two key sentences: We shouldn’t celebrate or over-dramatize that we work hard, because no one cares. If you’re a professional creative, then working hard and being good at your job is the price of admission.

We don’t hear PGA golfer Phil Mickelson telling the press how hard he works. Instead, he wakes up every morning and practices. And then, on game day, come rain or shine, in front of 10 people or 10 million people and hits the ball right down the middle. And you know what? That’s the price of admission. You don’t get to be a pro golfer without it. Yo Yo Ma isn’t reminding us how much he’s practiced the cello. Hugh McLeod doesn’t remind us that he draws thousands of cartoons in order to produce a book. You’re not in the PGA, you’re not a concert cellist, you’re not a professional cartoonist until you have worked really hard and actually seen results.

It should be of no surprise then, that we all–you and me and the rest of us professional creatives–are subject to the same laws. Hard work is the price of admission. It’s what happens after you get in the show that really matters.—