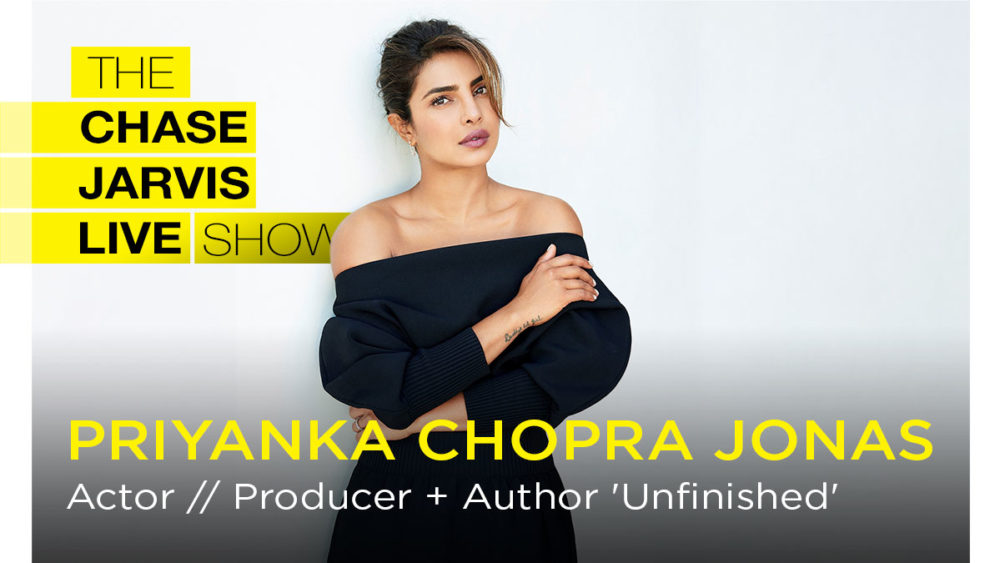 Priyanka Chopra Jonas on Hard Work + the Evolution of Self

Priyanka Chopra Jonas is a multi-award-winning actor and producer and one of the most recognized personalities in the world. A former Miss World, she made her movie debut in 2002 and has appeared in more than sixty films produced in India and the United States. In 2015 she made history as the first Indian-born actor to lead an American network TV series when she starred in the ABC drama Quantico. For her work during her longtime association with UNICEF, Chopra Jonas was awarded the prestigious Danny Kaye Humanitarian Award in 2019.

Like so many creators Priyanka is multi-hyphenate who believes with creativity we can manifest anything. Focused on the long-game, she’s driven to leave a legacy that will leave a lasting impact. Today on the podcast, she shares her remarkable life story from growing up in India to enter the pageant world, seeded from an idea her brother had to keep her away from home so he could have her room. What followed is her journey from winning national and international beauty competitions to acting, music, starting an earth-conscious beauty company, and now author. There’s so much to unpack in her story, including:

If you like this episode, you’ll love Priyanka’s new book Unfinished: A Memoir. She also has a new film on Netflix, The White Tiger.