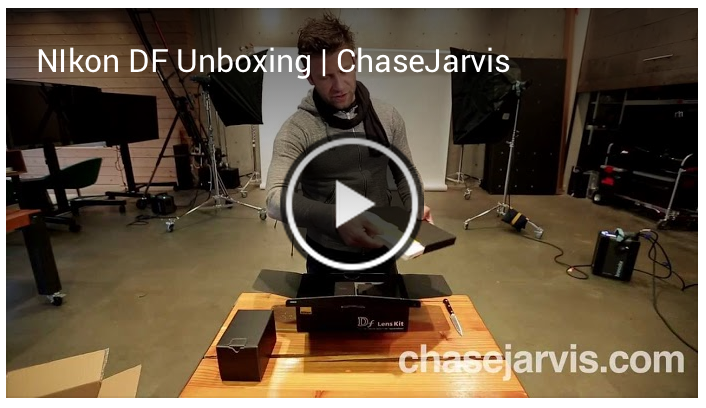 When the Nikon Df arrived on the scene a couple months back, I tried to temper the hype (my own included) with a good dose of high expectations. Yes, it looked bad ass. Yes, it housed the same sensor as the D4. Yes, the optical viewfinder has 100% field of view.

But as a compact camera fiend and someone whose owned probably 50 cameras or more, I’m no pushover. So when Adorama shipped the Df to my door, I filmed the unboxing in old school 2006 internet style and wasted no time taking a test run (sparse couple images below).

To determine if the Df hit all the marks, let’s take a look back at those point by point…
—
From my original notes on appearance when the camera launched…. 1. Ergonomics. Roughly… “I like how all the dials/controls for shutter speed, exposure compensation, and ISO give you the option of being really hands on with setting your exposure. Shooting this way really increases my connection with what you’re creating with the camera. The Nikon DF looks like it’ll do a nice job of recreating (or perhaps simulating) that experience of “making” pictures like the cameras of old… That feel helps me be connecting to the art just a little bit more–i.e. slowing down a tad– than some of my other tools in my shed.”

ACTUAL THOUGHTS on ergonomics having shot with this thing. I’m NOT happy with ergonomics. The dials are pretty cool and give you the retro feel, but they’re in goofy places and hard-ish to reach. The aperature dial on the FACE of the body at your right finger is bizarre. The shutter sound is nice. The grip depth is in no man’s land…not flat enough to feel retro and not deep enough to hold it like a “new”camera. Feels “plastic-y”. Which is easy to see why… because the shell of the camera is largely out of styled plastic. The lens? Plastic.
—
Now my notes on The size. The size was a huge surprise – as you can see from the video. WAY bigger than I thought from the original marketing materials. WAY bigger. In truth I feel like the product shots were actually aimed to trick me into thinking this would feel like a little body. It doesn’t. Yes, it’s smaller than a D4 or pro body – but bigger than I want for lots of circumstances…similar to a D7000 of D600 or any pro-sumer higher end body. When I’m on a pro gig I use/need the pro body to lean on, bang around, pound nails and otherwise be tough and sturdy. But in this class of camera, I really prefer the portability. So what gives here? I dunno. They made up a nice advertising story about “back to basics” with a “real camera” but they among other things, it’s really just styled like an old camera. Also, rumor has it they couldn’t keep the guts cool enough to shoot video because mechanically that stuff takes up space. That’s probably why it doesn’t shoot video – not based on any “purity”. Jury is out. I like the purity angle, but it’s 2014…

I guess my reaction above says it all. There are good surprises and there are bad surprises. I think we know where that shoe dropped re: size.

—
3. The sensor. This is this cameras very best feature, bar none. I LOVE LOVE LOVE this sensor. It has the same 16.2-megapixel sensor as Nikon’s pro-focused D4, which is the best still sensor of all time IMHO. You can basically shoot this thing in the dark – can it focus in the dark? Not all that well it turns out. But I still love that they packed that sensor in this body. The images are buttery but not overly so like Canon 5d sensors.

—
MY ORIGINAL NOTES ON….4. Focus. It better be decent. Nikons have historically kicked everyones ass in this department. This better not be a let down. I hope the focus is fast and accurate. (Speaking of fast…we know it’s not fast in frames per second department. 5 ‘n’ change. Not bad. But not fast. Who cares really – that’s not what this camera is for.) We really do want the focus to be fast, however, if it’s to stand out from it’s peers. BTW, how is the manual focus mode? It better kick ass. I’m curious to see if there are any features to assist with this. There’s a lot of marketing around this camera highlighting its ability to use all the old non-AI lenses, but the cameras from that time had focusing screens built for manual focus. Without tools like focus peaking, a split image screen, or a microprism screen, shooting with manual focus lenses might just be a pain in the ass. Let’s hope they get it right.

ACTUAL THOUGHTS on FOCUS having shot with this thing. It didn’t measure up. It wasn’t fast. It was pretty accurate, but it wasn’t fast and accurate, which is what I really wanted. I’m sure that Nikon would respond…”but it has the same x and y as the z so it will do …blah”. It’s a great sensor, but the focus isn’t as fast as other cameras in the compact/mirrorless class. Which is sort of a travesty if you love Nikon still cameras given that that is a huge advantage for Nikon in nearly every other case.
—
MY ORIGINAL notes on this… 5. Pro shit. I’m excited to see how “professional” the camera can be. Can I pound nails with this thing? Is it heavy and durable? We use a ton of different cameras for video, but the D4 is my go-to camera for EVERY SINGLE commercial photo shoot we do. Could the DF could come along on our shoots as a good BTS rig? Even in our BTS stuff we expect pro quality That would be nice if this delivered. I will always have a couple D4 backups, but for the solo photographer, the DF could potentially save pro photographers some weight and coin if (and only if) it can produce professional results in a pinch.

I can’t tell if it has an alloy metal chassis, but its exterior is plastic-y. That isn’t pro. This isn’t a pro backup camera. The images look really nice, a great sensor but it falls short in other categories.
—
OVERALL
This is a good camera. Actually it’s a great camera. It will make nice pictures. It’s just not the camera I thought I was gonna get. If you LOVE Nikon you should buy this body. You will not be disappointed if you take what I’ve said here with a grain of salt. I know they are selling like hotcakes so the world really likes this camera. I’m just a tad hard on it. Like I said above, the plus on this baby is the D4 sensor in a much cheaper body. Beautiful dynamic range and looks great in low light. Another plus is that Nikon is at least watching what other manufacturers are doing with their products. The negatives are that they don’t know what their consumers want. Generally speaking we are not posers. This camera’s appearance it trying too hard. And it’s too damn big. But like I said – if you’re a photog who loves Nikon – you might be pleased as punch – so take my words here w a grain of salt.

Bounce on over to Adorama to see the Nikon Df HERE

IMAGES
I did have a short day around our cabin making pizza with my pal Jeff and then taking a quick walk on the beach to grab a few snapshots for this initial post to you guys… I intentionally shot slow moving, simple stuff where I thought this camera could perform. It worked well for that – but I knew the limits. The below are just very very minimally processed jpgs. You can see the magic simplicity with this sensor. It just WORKS. (check out the one image with the white house, the open, dark garage with the lightbulb on, during the day. Crazy subtle. THATS the kind of camera I want in my pocket. Portable.

It also does a nice job with a completely flat scene on the grey beach on a grey day shooting photos of grey stuff. Again, quality sensor. Focus? it was a pain to shoot inside and nail the focus shooting at F2.2 etc. But overall you can tell this camera works. If you can take the gimmicky styling it’ll do you right. If you can’t, then you’ll need a different sword of choice.