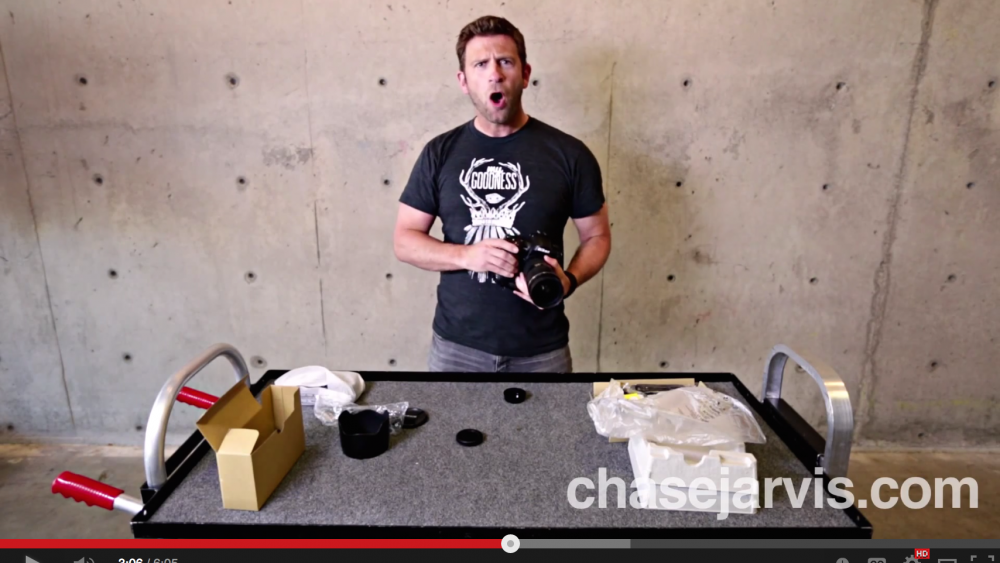 Hello camera geeks, gearheads and… well… those of you who just want the best tools for your trade. You heard right, I’m back with another unboxing, this time of the hotly anticipated Nikon D4s — generously sent to me to by my friends at DPReview for a hands-on first impression, and it’s available from my homies/gear partners at Adorama. So here goes…

First impressions: that familiar Nikon gold box looks pretty much like all the Nikon boxes I remember, going all the way back to the F5 (that was a film SLR – remember those?). In fact, the only time I can remember Nikon changing its SLR — “D” or otherwise — boxes was for the Nikon Df, which was flat, matte black, and kinda cool looking. This makes sense – as the chassis for all these top-of-the-line pro cameras have basically been the same or very similar for a decade.

Get past all of the standard straps, warranty cards, manuals and trinkets where… wrapped in cellophane, the D4s has the same heft as the D4 I’ve carried around for a few years now, just with that fancy new “s” after the name.

The “s” models are typically feature updates, not body or appearance changes, so the size and ergonomics of the D4s are basically identical to its predecessor. There are a couple of touch-ups; the control sticks on the back have a bit more texture to them and the battery door is shaped differently, but that’s about it. If you want to be super-picky about it, the D4s is 60g heavier than the D4.

Does that add up to new features? The short answer = a few nice upgrades that add value to the camera.

Power up this sexy beast and you notice right away that the screen looks a bit nicer than the D4’s display. That might be because mine’s been through a few knocks and bumps, but for those of you keeping an eye on specs, Nikon has added the ability to fine-tune the color on that LCD. Nerdy but nice to have when showing clients over your shoulder.

What else? Well, trigger that shutter and you might be able to detect one extra frame in that burst every second. Nikon has upped the max number of frames the D4s can take per second with autofocus active from 10 to 11. And the buffer is larger.

And speaking of autofocus, Nikons says their focus algorithms have been tweaked to accommodate that extra frame per second, and is less likely to get distracted by objects crossing in front of the camera. There’s also something called the Group Area AF, where you can designate a cluster of 5 points to focus on, rather than just one. The guys over at DPReview have more details on this, but any improvement to AF is good news.

There are plenty more changes on the inside, but that new sensor is probably the one that’s got everyone’s attention. Nikon has redesigned the 16MP full-frame CMOS sensor and it’s now capable of — hang on to your pants, folks — a whopping ISO 409,600 in Hi4 mode. Daaaaaamn.

That is NOT a typo. I checked.

Of course, 409,600 ISO is going to be pretty noisy, but hey, you’re going to get those shots of the inside of your lens cap now!

For video shooters, that new sensor has one more trick up its sleeve; combined with the new Expeed 4 image processor, it can now deliver 1080p video at 60p. That’s right – slow motion has finally come to the Nikon flagship. At freakin’ last! Also, if you shoot timelapses, the maximum shot count has gone up to 9999 from 999 and there’s a new smoothing feature for you as well. I don’t even know what that means, but I’m told it’s an improvement. Let’s just go with it.

If you were hoping that Nikon would ditch the XQD slot for another CF or even an SD slot, you’re out of luck; the XQD slot is still there. One bit of good news with regard to storage, though; you can now record video to internal storage while at the same time capturing it via HDMI to an external recorder, something that wasn’t possible earlier.

So there you have it. These are the tweaks that caught my eye — there are, as I said in the video above, a handful of others. The guys at DPReview do the whole multi-page review shebang, so you should really check out their definitive review. I’m just a 15 year pro with a passion for great cameras, not a lab geek. Those guys can really get under the hood. Hopefully, a combo of their detail and my gut and experience is a balance that helps you decide if this upgrade is a worthy one for your hard earned coin.

Final thoughts: this thing is every bit as solid as Nikon’s other flagships. I like it when cameras get upgrades. This is not a revolutionary update — the “s” series don’t fall into that category — but it’s a solid update nonetheless. The internal improvements make it even more useful to speed junkies and videographers, and the insanely high ISO will continue to make it even more appealing to photojournalists, and the other little changes like the battery, buffer, and RAW size improvements are quite welcome too. I am adding 2x of these to my gear bags and relinquishing their predecessors to the camera heavens (actually to the used market 😉 )

As always, thanks for watching and head to Adorama here for more info. And feel free to add your thoughts about what you saw in the comments below, on my Facebook page, Twitter, or Google+.