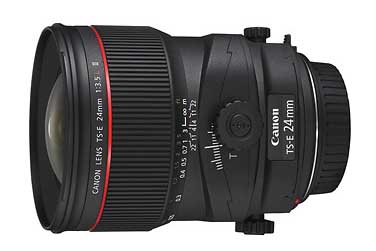 So you just dropped an entire month’s pay on a super nice camera body. Ok. Take a breath. That was a big jump, and we want you making smart moves going forward. Yes, the lens is important. And yes, you can spend 10x what you just spent on a body on good glass. But before you go cashing in that 401k to buy one of each (dear god don’t), soak in the knowledge below. We shoot almost EVERY camera brand for one thing or another. Nikon for stills. Canon dSLR for video. Hasselblad for high end studio / fashion, etc etc. So my video guru Erik, yours truly, and my gear editor pal Sohail decided to put together a little series of blog posts. Over the next weeks we will break down the top lenses from several manufacturers, with an eye on application. If you know what kind of photography you want to do [or are already doing], there’s a great lens or two for you.
—-
Update: Here’s the Nikon lens post. Here’s the Hasselblad lens post. Here’s the Mirrorless and Micro 4/3 lens post.
—-

“Which lens should I buy?” is a question I get just about as often as “which camera should I buy?”, and in both cases, I respond with the same two words: “It depends.”

Yet despite that rote answer, there are a few standouts from each major manufacturers that can be cited as their “top” lens. We’ve had the (somewhat dubious) privilege of using pretty much all of them, and we’re going to present the five best lenses for each platform we use on a frequent basis. This is a four-part series, and we’ll be publishing them in the following order:

That said, we’re starting today with Canon – our default dSLR video rig but you can consider the below advice for stills too.

This is perhaps my favorite single lens of all time. When the folks over at DPReview did a review of this lens, this was the first sentence of their conclusion:

Just occasionally a lens turns up which delivers such implausibly good results in our studio tests that I have to go back and repeat everything, double checking all settings to make sure I haven’t done something wrong.

This lens really is that good. You start with a hybrid Image Stabilization system that compensates for horizontal and vertical shifts as well as lens direction, then throw in an 9-bladed rounded iris that makes for dope bokeh. Add optics that give you the some of the most razor-sharp images you can imagine, and you have a knockout combination.

And if you’re looking for a good portrait lens at the same time as a solid Macro offering, look no further; the 100 L Macro makes for an tidy portrait lens as well.

Image from a work in progress series of still lifes. Shot with a 5D Mark III and a 100mm f/2.8L Macro. © Sohail Mamdani

The “Magic Canonball” [sic] as it’s come to be known, is perhaps one of the most popular portrait lenses, ever. If you’ve got the coin to drop on it, the Canon 85mm f/1.2L has some of the creamiest bokeh we’ve seen. It’s also one of the largest 85mm lenses outside of the Zeiss or Canon Cine versions. That front element even makes the posers look like pros.

Sohail once wrote of this lens, “You could shoot a portrait in front of a dumpster and as long as you shot it at f/1.2 or f/1.4, all you’re going to see is some soft, blurry shapes in the background that give no indication that you’re in that nasty alley behind your local convenience store.” That’s completely true, but be aware of one thing: I’ve often gotten a subject’s eyelashes in perfect focus, while their irises are soft. Be aware.

Then why would you buy an f/1.2 lens? Because, to quote my homie Zack Arias, “The optics in faster lenses are ‘typically’ much better than in the slower lenses. f13 can still yield a better image from a pro fast lens than a slow kit lens. Not all lenses are equal once you get past f8.”

Tilt-shift lenses are strange ducks, but they are, without a doubt, some of the coolest lenses to play with. I used to shoot action sports with them in the early 2000’s and it would blow the minds of art directors and editors everywhere. Get to know them well and you’ll find yourself using them for all kinds of things you didn’t know you could pull off with them. (But don’t overuse them or you’ll be “that guy/gal”

That said, it’s not the Canon 24mm f/3.5L TS-E II’s tilt-shift functionality that we love this lens for (though have used that extensively). We dig it because it is one of the sharpest 24mm optics that Canon puts out. And that makes it a go-to landscape lens on the Canon platform as well. It’s fun. Even wide-open, the lens is tack-sharp. Close the aperture down a bit and you’ll kill the tiny bit of purple fringing in your stars overhead, and sharpen up that image even more. Then use the shift functionality to ensure against converging lines and viola! You’ve got a killer combo in your hands.

One last thing to keep in mind here – this is a manual-focus lens, as most tilt-shift lenses are. Bad eyesight? Get glasses or pass on this sucker.

While it was certainly a workhorse, the original Canon 24-70mm f/2.8 was getting long in the tooth, and enjoyed a love-hate relationship with many a photographer. On the one hand, it was the ideal mid-range zoom, had a fast aperture, and was the first lens most photographers, pro and aspiring, bought. On the other hand, it suffered from less-than-stellar optics (compared to the current crop of lenses from Canon) and was notoriously soft in the corners. When Canon announced the new version of the 24-70, the first thing that hit most folks was sticker shock. The lens retailed for a groan-inducing $2300 (street price), far more than its original counterpart. Worse, there was no image stabilization included, despite the high price. Add to that the fact that Tamron had just introduced a 24-70 f/2.8 with Vibration Compensation for about half the price, and the photographic community was ready throw rotten tomatoes at Canon’s money-grubbing tactics.

After the fervor settled down and folks started to realize that the optics on this new lens weren’t “pretty good” they were “Superb, almost flawless -DPreview.” This was born out by even the simplest of tests – shooting an Edmunds resolution chart with the old and new models side-by-side. People began to rave about the build quality, the flare resistance, the quick and accurate focusing, and sure enough, Canon turned what could’ve been a liability into a new legend.

Got about $13,000 lying around? That’s how much this baby from Canon is going to set you back (though of course, you could rent it for a lot less).

But for those needing a long, fast lens (wildlife photographers, for example), this is about as good as it gets in the Canon lineup. Pair it with a 1Dx and you’ve got what is easily one of the finest long lens combos we’ve ever had the pleasure of playing with. It’s a good 3 lbs lighter than the Mark I version of this lens, which honestly does make a good bit of difference when you’re lugging this down a rough path to get to that perfect vantage point. Moreover, Canon has improved the autofocus speed and accuracy on this lens. On tests with the 1Dx and the 600mm Mark II, Sohail shot about six or seven bursts of between 8 to 17 shots each, and each time, I’d have no more than one shot out of focus. For someone who photographs birds more as an amateur passion, getting this sort of accuracy is nothing short of remarkable.

This is, no doubt, a specialty lens, and requires a few accessories to go with it, such as a sturdy tripod, a gimbal head, and a fast camera at the small end. But get all those in place, and the first time you fill your frame with a swooping bird as it comes in for a landing, or a tiny hummingbird hovering in mid-air, and you’ll find that it’s well worth the cost and hassle.

That’s it for this edition of Lenstopia. In the next installment, we’ll take on the best Nikon has to offer. 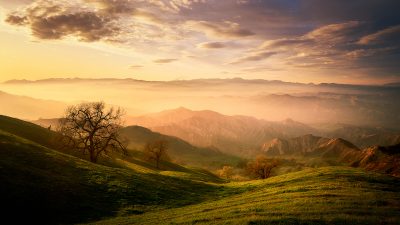