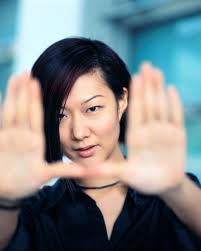 So I suppose in some ways this is bad blog etiquette to start a new thread about an earlier thread of mine below, but I’ve been getting a lot of email about this post and there’s been further discussion on other blogs (like the Big Images Blog, or It’s What I Do) and , so perhaps it’s worthy of round two. I’ve noted that for some reason only a few people have logged comments on the actual post for whatever reason. So, for what it’s worth, I wish the dialog could happen there in the comments section for all to read instead of my Entourage inbox, but whatever… Here’s some follow up on two points:

1) Several readers have asked me to “predict” what’s going to happen with the industry. We’ll, first thing is first. Prediction is NOT something I’m into, actually. I make no claims to “know” anything in the classic epistemological sense, and the first sign of some industry snob claiming “knowledge” (as in ‘certitude’) is foolish, most certainly… What I AM into, as I point out in my earlier post, is in support of being attuned with the industry (and this applies to any industry basicalhttp://www.blogger.com/img/gl.link.gifly) and how it’s growing, changing, and moving. Seems sensible, right? Clearly, I don’t have any cogent insights into the future other than guesses. So with that (hopefully) sufficient disclaimer, I offer the following playful, whimsical thoughts:

Times are indeed changing, but aren’t they always? What are some trends I see? The major initial changes are likely in the stock photography market. Microstock will grow, fast. (See PDN article if you’re a subscriber, or buy the November ‘stock’ issue). Web 2.0 sharing of images and “non-professionals” getting 20 bucks a month will grow and cut into the professional photography market share a bit. Getty will begin to operate more like Flickr and iStockPhoto, opening their doors to a huge range of previously “unprofessional” shooters. (That’s right, if you’ve always wanted to be a Getty contributor, your dreams might be just around the corner…). There may be a polarization of the stock photography world – lots of reasonable, cheap solutions, and lot’s of high end production stuff that can’t be created on a low budget with legal/release guarantees, etc. The middle ground might flail a little (read traditional higher priced RF imagery).

So what about all these silly guesses? Here’s the kicker: SO WHAT! It’s nothing, really, just back to my earlier post. Don’t worry, just focus. DON’T be scared, be smart. DON’T be static, change and grow. Isn’t it quite possible that you could be the next microstock queen? There’s an article in this month’s PDN issue about someone who’s making $10,000 per month selling one dollar images on iStockPhoto. Couldn’t that be you? Other opportunities will arise.

Now if you ask me if I like this situation, I can obstain or say no , because it means I have to work harder and adapt and think and change–and people are inherently often lazy and self-interested–BUT since I like my job and since I like change (might as well get used to it…), I actively decide to EMBRACE it. Seek opportunity. Learn. And I suggest you do too. It’s fun. If you’re sad, change and be happy. Get out of your dark apartment and start saying ‘yes’ instead of ‘no’. You can (and will) succeed.

2)Other readers have asked me how to differentiate their work from their peers. That’s pretty easy too, really. I don’t intent to oversimplify this, but isn’t, by definition, the act of differentiating your work, just making it different that what you see out there in the media, in the industry, in the world? If it’s black, make it white; if it’s sharp make it blurry; if it’s bright, make it dark. And this is, actually, a better question than the first in this post, in that it’s where I see a lot of aspiring shooters fall short. Of course a refined taste helps. And sure you need technical mastery, background, respect, and talent, but beyond that, you mostly just need vision–the vision to differentiate. As The Accidental Creative says, “cover bands make money, but they don’t change the world”. I suggest you seek to change the world, even if it’s a small change. Key here is this: in order to be different, you first need to have an accurate understanding of what’s out there that you’re trying to change. It’s precisely this reason that I suggest you’re attuned to the industry buzz…not to replicate it, but to change it, flip it, move it in yourself. Like
Seth Godin said in a recent blog entry: Extreme Idea A might work at one end of the spectrum; Extreme Idea B might work at the other end of the spectrum; but it’s highly unlikely that some safe amalgamation of the two ideas A and B will differentiate you. Know where/what the industry is doing and put your own 2 cents on it to create change.

And, f.w.i.w., keep the email (or preferably ‘comments’ on the blog) coming. I enjoy hearing/discussing pertinent points on these issues.