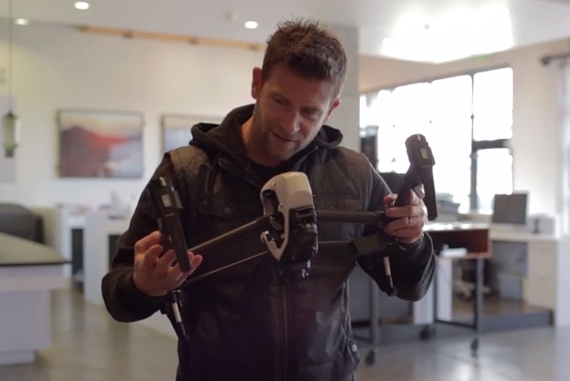 You my dear friends all know the drone photography + cinematography, UMAV’s, quadcopters, whatever the hell you wanna call them is all the rage these days. You don’t need me to tell you that. But even I couldn’t have predicted when I was first playing around with this stuff back in 2008, 09 and 2010 how fast this technology was going to blow up (figuratively). And…well… I’ve gotten to know the fine folks from DJI Global, attended their launch event in SF end of last year…and lo and behold, I last week scored their newest machine–The Inspire 1– and holy crap. #nice stuff.

Even if you’re not a pro, the DJI Global Inspire 1 drone (or unmanned aerial vehicle, but that’s a debate for another day!) is going to make you feel like one. For the first time (with any degree of quality), this sexy beast has its own camera, made by DHI, just for UAV filming. There are lots of other bits too…some great, and the jury’s out on some other features… My rants and ramble are in the above video, but here’s a quick list o’ specs:

Other hot features on the Inspire 1 that make it sweet? Frickin lazers! Ok, just kidding. But it’s got landing gear that retract and expand on takeoff and landing, without sacrificing the 360-degree view of the camera. It’s also got an optional double-remote feature, so one person can be manning the UAV, while the other pilot is aiming the camera itself. How cool is THAT? That arrangement most closely mimics the approach the professional drone operators have been using for years. Now it’s in your hands.

Anyway, there’s more deets in the video above. And I presume we’ll be seeing more from upcoming competitors like GoPro, Adorama, 3D Robotics, SteadiDrone and many others.

Check out this unboxing video above to hear my take and get a feel for how hearty (and sexy) this craft is.

[Any questions on this? Hit me in the comments. Have other fav drones or optimistic with one coming out? Chime in as well…] 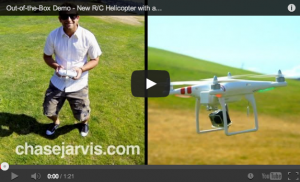 Whatever Makes You Nervous