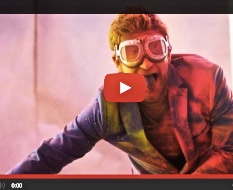 A NO BRAINER.
When someone comes to you and asks you if you’d like to create a photograph of your most vivid dream on their dime — let’s be clear on this one — you say YES.

Such was the case with Samsung and their creative agency Possible several weeks back. I got one of “those cool phone calls” where all your hard work comes into focus just for a second. (Dialogue in my brain = Wait a minute. Any photograph I want? Of my dreams?! And you’ll be my benefactor to make this happen? Yes Chase, creative freedom. We want to enable your imagination. Are there any images you’ve been excited to try to create but haven’t had the means or the opportunity?) Um. Hell yes. They had approached me with a completely blank canvas. Their only requirement? That the image would be a colorful expression of a dream to prove out the color quality on the Samsung Premium Monitor Series 9 for professional photographers. My only requirement? That I could make a video of the process to show you how we pulled it off.

It was a deal.

THE CHALLENGE.
I immediately knew the image I’d make. I’ve had this reoccurring dream where I’m floating in a sea of insanely vividly colored clouds. You know those flying dreams… well, this is similar, except more floating than flying or falling. (there’s water below in my dream, but that’s of no consequence here…) In short order, I pitched them the idea, they loved it, said “yes”…and then I jumped in… only to realize a moment later that I had no idea how I’d possibly make this happen. How does one “make” clouds? How could I pull this off with in-camera capture? How could I accurately translate the stunning colors into real life? And how would I do this with just a couple weeks lead time? Gulp.

If you’re a photography buff or just plain curious, then read on to get details on the process, how we made the set + the “clouds”, the gear, the monitors, the final image, and all the good stuff that went in my mouth and up my nose.

Sketch of the idea. My original sketch was so neanderthal in nature I can’t believe my team had any clue what we’d be up to. The first whiteboard scribble led to this superquick, subsequent mock-up, a speedy photoshop file using some of my other photos and some puffy clouds tweaked into rich colors. It was a hackjob at best, but it got us started down the path of what to do next. We had to find those clouds.

The colors from my dream. This was fun… I went into a paint store and, from memory, selected a handful of paint chips that matched the colors from my recurring dream. This was the basis of moving my dream into reality. The goal is that my wardrobe, the clouds, the environment and the final image would be a perfect match based on these paint chips.

Chase and Loren matching the Celebration Powder to the colors from Chase's dream.

Clouds. First we worked through 101 ways to make clouds, from A-Z, smoke machines to mist. And where we ended up — after a good bit of experimenting — was absolutely awesome. Know that stuff called “celebration powder“? If you happen to be tuned Hindu celebration of Holi in India then you know what I mean…it’s a big thing. It has also migrated its way into seemingly endless fun runs here in the USA. In short this powder is made 100% bio degradable and non toxic from cornstarch. You can eat it (and I ended up eating a LOT of it). This powder, we discovered, can be ordered from some select outfits online. We ordered about 40 pounds of this stuff… some pre-made, others made to match the paint chips (above) we sent the manufacturers. Huge thanks to the Art Department on this shoot –> Loren and Darcy made this shoot happen because of the ingenius way in which they sourced the powder and — even more importantly — devised the “air cannon” mechanisms through which to fire it up into the sky and make the perfect clouds. The air cannons are, like the video explains, simply a series of tanks of highly compressed air with quick valves that can be tripped remotely. Upon flipping the switch – BOOM – you’ve got canned air firing that powder into the sky.

Hindus celebrated Holi and believe it is a time of enjoying spring’s abundant colors and saying farewell to winter.

Loren and crew setting up the powder canons

THE SET
The “cloud tent”. Now this stuff is messy. And when I say messy, I mean…like the messiest stuff you’ve ever dealt with. After myriad of outdoor tests we discovered, duh, that it gets EV-ER-Y-where. So we built the set to be a giant visqueen tent in very large sound stage to keep it all contained. Approx 30 feet x 30 feet x 20 feet high. Our own gigantor see-thru cube.

Flight. Anytime I get the chance, I’ll do my own stunts. Since we’d agreed in advance that – if this were my dream – I’d need to be the talent… So into character I went. In order to get the floating sensation, we decided after some practice, that a trampoline was the best way to create the look in the studio. With a couple of pulled neck muscles and some body position tweaking, it’s possible to get this floating / hovering look right at the apex of a big bounce on the trampoline. Took me a few hundred tries to be able to nail the effect on autopilot, but it indeed became automatic. Not gonna lie, it had been a few years since I’d jumped on a trampoline, but this was good fun… And, as I was to soon learn, it’s an entirely different thing to do it in practice vs. wearing the wardrobe, goggles and having canons fired at you… but more of that later.

Moving the trampoline into position

THE GEAR
Stills. For the still portion of the shoot, we shot with the Nikon D4 tethered to our monitoring station, which consisted of three Samsung Series 9 monitors + Mac Pro.  As for glass, we used the Nikon 24-70mm zoom lens stopped down around f/11 for a nice deep depth of field. The Nikon D4 was secured to a light stand and raised to a hole cut into the visqueen at the height that I would be jumping to so we could get a clean shot without jeopardizing the electronics of the camera. And of course it was tethered to the computer so it could be fired remotely and – most importantly so that the images could be reviewed immediately on the Series 9 to check focus, color + file integrity.

Strobes. We used two Broncolor Scoro A4S Power Packs and four Broncolor Unilite 1600’s to give us the light we needed. And since the strobes were positioned outside the visqueen tent (for safety and cleanliness) – aka- the one huuuuggge softbox — the only modifiers we used were directional dishes soas to aim the light in the general direction of yours truly, the bouncing kook. We used PocketWizards to fire the Broncolors remotely off the camera.

Continuous light. Since we were also making the BTS video above, we knew we’d also need continuous lighting for the motion capture. As such we decided to go with two 9000 watt Maxi Brutes. The Maxi Brutes (9 x 1000 watt bulbs in a single unit) were phenomenal pumped out the continuous light needed for the high speed behind the scenes video cameras to get the exposures and frame rates that we wanted. This also allowed us to have to use less light in the strobes above, which kept the flash duration way quick. The Maxi Brutes are huge, look here:

Here’s a quick sketch of our lighting + setup diagram:

Motion Capture Cameras. For the behind the scenes video capture, we thought it’d be fun to bring out the big guns…and the small guns too. We hired our pal DP extraordinaire Chris Bell to shoot with his fancy Arri Alexa [stay tuned for another video about that camera]. We also brought along a Sony FS700 to shoot high speed…480+ frames per second, a Canon 5D mkiii for quick on-the-fly shots, a Canon 7D for timelapses, and lastly, we grabbed every GoPro we had in our shop – I think it was 9 of ’em.  These came in handy for rigging up shots that we didn’t want to stick our expensive high-end cameras in. We wrangled some Manfrotto pods + spreader dollies, plus a tasty Kessler crane to keep things moving. And you gotta know we made this sweet quick-and-dirty array for a Matrix-esque shot that you can see in the video if you watch it a couple times…:

The Sony FS700 shooting into the tent.

Post capture - reviewing the work on Samsung Series 9 - happy with the results.

IMPORTANT NOTEA ABOUT MUSIC!
Music is a huge part of the fun we have when making these BTS videos. As such, huge shout out to the legendary beat maker Big Chocolate, without whom this vid would not be possible. You can catch him at his fBook here, twitter, or pickup this very track and other radness here (please support him) on iTunes here. Alas, he will also be crushing it all summer long on the Vans Warped Tour too.

OTHER RELEVANT STUFF.
In addition to the final still image which you may see all over the globe, there is a web commercial produced some good friends of mine – that is pretty damn funny. Check it here.

Super duper big shoutout to crew who worked on this…obviously the art dept, production, and cinema crews got shoutout, but also to my stylist on this one Alvin Stillwell. 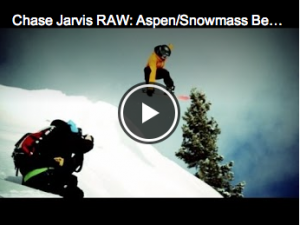 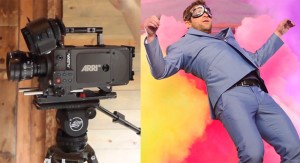 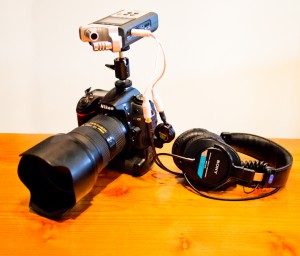