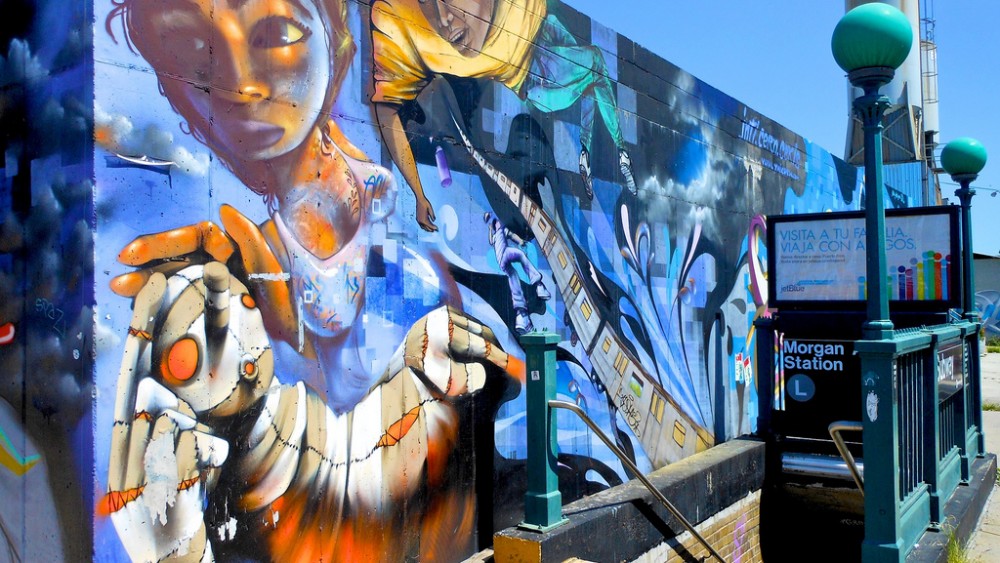 Before the last of the breweries closed its doors in 1976, Bushwick was known as the “beer capital of the Northeast.” The collapse of the beer industry eroded the neighborhood’s economic base, leaving a wealth of abandoned buildings. Click through the gallery tabs above to check it out some scouting shots.

I caught up with a local friend, Amy Rollo, who lived in “Little Dominicana,” for 3 years and had her fair share of fried plantains in that time.

“Currently labeled as “hip Williamsburg’s industrial neighbor to the east,’ this area of northern Brooklyn is changing before our eyes. The local mix is a population of Puerto Ricans, Dominicans, South Americans, Hasidic Jews, and a growing swarm of hipsters the diversity factor high.
The ‘Wick still feels empty in many places, but a lively community of creative types are being pushed further east and this is where they are landing. The warehouses are becoming lofts and studios.

At night during the warmer months, the abandoned warehouses transform into a venue for DJs to blast their beats. Listen for the music — it will lead you to the party. It’s hard to imagine that the old factories will someday be renovated into trendy shops and restaurants.

But this is how gentrification works and these building have fabulous potential.”

Take advantage while this Brooklyn ‘hood remains in beautiful disrepair.