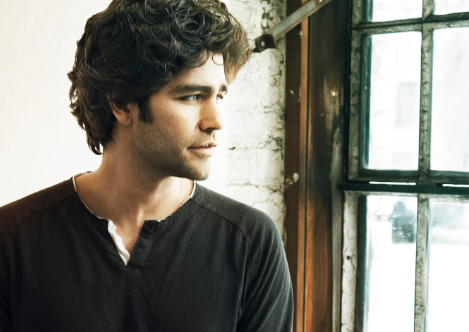 UPDATE!! If you’re reading this now – the LIVE broadcast is TODAY. Check out the post below and be sure to tune into http://www.chasejarvis.com/live today — 11am SEA time (2pm NYC & 19:00 London) — and enjoy the show. See you on air in a few…
——-
You most likely know Adrian Grenier as ‘Vincent Chase’ the studly star of the HBO Series Entourage. But on this coming Tuesday, April 10th he’ll join me on chasejarvis LIVE and you’ll learn that being a well-rounded creative is the new black – even at the highest levels. In addition to his acting career [Entourage, Devil Wears Prada, Celebrity] we’ll explore Adrian’s career as an award-winning Director [Teenage Paparazzo], musician, curator, environmentalist and entrepreneur. It’s no longer a curse to wear many hats. It is in fact a blessing–for some, a requirement to get the most out of your career and your life.

THE DETAILS YOU NEED TO KNOW…

Who: You, Me, Adrian Grenier and a worldwide gathering of creative people
What: Q&A with the inspirational Adrian Grenier
When: this Tuesday, April 10th, 11:00am Seattle time (2 pm NYC time or 19:00 London)
Where: tune in to www.chasejarvis.com/live. It’s free – anyone can watch.

We’ll chat about everything under the sun – filmmaking, photography, hollywood, media awareness, iphone apps, entrepreneurialism, Adrian’s Empowerment Tour, and how to get shiznit done. I’ll also shoot some photos of Adrian, of course. ***And Last but not least… 3 things muy importante:

1. Score. In order to hype this show and help bring together another gi-normous worldwide online audience, Adrian is giving away 2 signed DVD’s of his documentary film Teenage Paparazzo (selected for Sundance Film Festival) which he directed, produced, and starred in… A documentary that follows a teenage photographer through LA’s underground Paparazzo scene. To score one of these collector items, send out a creative and interesting tweet that contains the URL (or short url) to THIS post AND hashtag #cjLIVE starting NOW and ending at the beginning of the show on Tuesday. Enter as many times (tweets) as you want – tweet and retweet – we’ll be watching out for your shoutouts.

2. Print it. During the show on Tuesday, we’ll be giving away a supersweet HP Photosmart 7510 e-All-in-One Printer plus a $300 gift card for ink, paper and supplies. Gotta watch live to score that – details how to enter at the start of the show.

3. Be my special guest. If you’d like to be a part of the live in-studio audience, meet me and Adrian and our cjINC crew in person in Seattle – send an email to production@chasejarvis.com with “Adrian” in the subject line. Winners will receive a confirmation email with attendance instructions. Don’t forget to sign up for our email list on the cjLIVE page here as well.

Remember to cue up your questions via twitter and send them during the show via hashtag #cjLIVE. See you then my homies. Trailer for Teenage Paparazzo below…