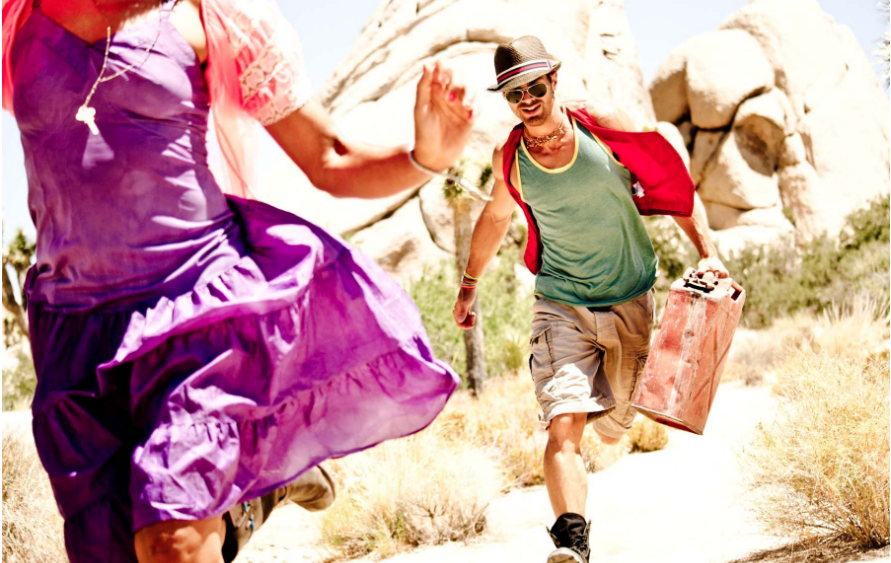 Running dry on ideas to push yourself and your photography portfolio? Here’s 5 ideas worth stealing. Perhaps one might catch your attention, or inspire to you do something similar. Or very very different.

1. Photograph one of your grandparents extensively. Might sound boring, but I assure you it will be profound. If you’re lucky enough that your grandparents are still with you, spend an entire day–or better, a week perhaps–photographing your grandma or grandpa. 1,000 images at least. Portraits, close ups of her eye, her hands. Fill the frame with her face. Photograph her in her home or wherever she lives, those places tend to be visually wonderful and strange at the same time. Amazing still life’s everywhere… You’ll connect with your grandma in a very deep way and you’ll have made some amazing photographs. And when he or she passes on, you’ll have the world’s best images to remember them by. Cost: $0.

2. Flood a space with an inch of water. Have a dancer perform, or some sports stuff, shoot from overhead. Capture an ethereal moment of where it looks like someone is performing on water. Shoot any, some, all of this from a tall ladder. Or flood a tennis court and shoot some crazy cool shots. Logistically this isn’t as tough as it sounds. You’ll need the right space, some visqueen and sandbags, and a good bit of water, but this could be a portfolio opener. Some really cool post production will take this shot to the moon. Think of the reflections and the depth. Estimated costs: under $500.

3. Get 5 friends to drive their cars onto the freeway at bumper-to-bumper rush hour traffic… Have your friends jockey their cars into position side by side. You’re waiting at the next freeway overpass with your camera. As your friends approach, the all stop for about 10 seconds in a line. The traffic in front of them continues to pull forward under your overpass. Start shooting. If you’re friends are as crazy as mine, have them hop out of their cars and pose for a couple of seconds while you grab the shot. Imagine the final images, 5 cars in a row with 1,000 cars lined up in the background. Estimated costs: $0. Unless of course —

…you realize that you’re breaking the law and get caught, that you’re putting people at safety risk (moderate) and inconveniencing 1,000 people (although just for 10 seconds). Disclaimer: I’m not recommending this. If you do this one, you didn’t hear it from me. It’s illegal and dangerous. But I might get this image before you do 😉

4. Roadtrip with a twist. Take a trip with 4 of your best friends out to the coast camping in the summertime, or the desert in the autumn. Tell them to bring interesting clothes and props. Whatever they can dig up. Seek the strange. Stop off at a thrift store and buy some strange stuff that will act as muses for you. Shoot at least 500 images…all the ‘off’ moments, not single posed image. And here’s the kicker. Do it with film. The oldest film you can find, expired Portra 400 color print film. And an old camera. A holga perhaps, or an old hasselblad (cheap rental). Or (gasp) a 35mm point and shoot. Get the negs scanned at the local lab when you get home. Price: Gas plus food plus $400 in film expenses. $40 in junk from the thrift store. You’ll get priceless moments of those people closest to you. And you’ll be experimenting all the while…

5. Find a huge trampoline on a perfectly blue-sky day. Get a couple models–friends, pros, whatever. Dress them up really interestingly…fashion, sports, whatever. Wait till just before sunset then hose them down–I mean soak them– and have them bounce on the trampoline, over and over, high into the deep blue sky. Photograph them from your position on the ground so they’re floating in a sea of blue. With some interesting post production and the rich light of sunset, it’ll seem like they’re underwater, but not. It’ll read very surreal.

So, obviously, whether or not these ideas are worth stealing is completely up to you. The real point is that I came up with these ideas in 5 minutes and you can too. You can do better in fact, because you know what you like to shoot. But perhaps even more important than what each of us does with any particular idea, is the underscoring f the notion that ideas aren’t meant to be hoarded, they’re meant to be shared. Create yourself as an idea machine. Appropriate ideas an put YOUR twist on them. After all, there are no original ideas, just variants on existing ones. Borrow ideas and give ideas away. Treat them like the fleeting and changing things that they are, and they will come back to you in hordes.

And btw, I recently used my dreams as the source for a photo shoot. Here’s the result..
. 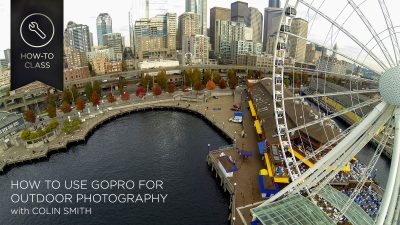 How to Use GoPro for Outdoor Photography
with Colin Smith 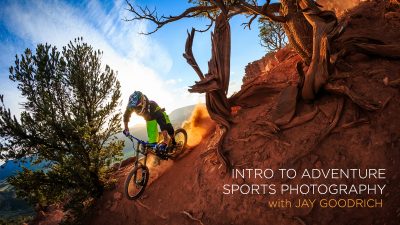