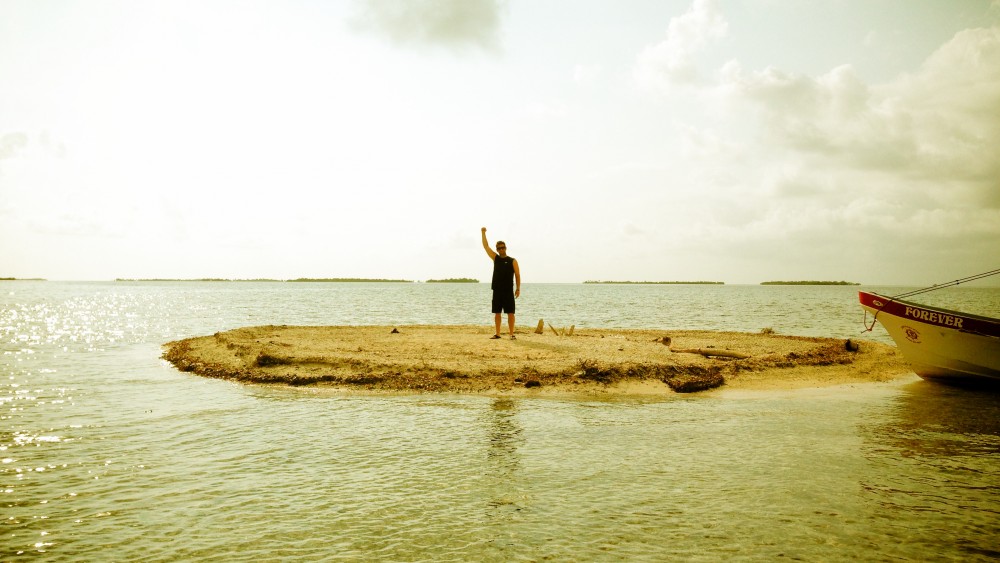 If you’ve been following along socially you’re in the know that I’m on a commercial assignment in Belize that targets the life and wonder of the world’s water, lakes, oceans, etc. […You might remember this video of the SuperPod of dolphins from the South African leg of this campaign with long time friend Mike Horn…]

In short, I can’t say enough good stuff about Belize. It’s seemingly impossible to take a bad photo here…even without the high-falutin’ tools that we’ve been using –helicopters, boats, diving rigs, etc)… If you just had your phone, you could slay it here. Anyway – wanted to share some quick behind-the-scenes shots that let y’all in on a little of what we’ve had going. [#HumbleBrag?!]

Lots of love for Ambergis Caye + Placencia. Costs in Belize are reasonable – especially given the epic-ness of the visuals. Special props to the great resort down south… Robert’s Grove. En route back to the USA now – but keep your eyes peeled for a few definitive RAW and TECH videos that we made while down there, based on your requests for more o’ that stuff. Hit me with questions about Belize or our trip – happy to help inspire / enable as many people as possible to learn about this fresh spot.

Lazy Caye - Erik and I filming a TECH about our GoPro set up - stay tuned!

Fishing out of Placencia with Elroy

The Blue Hole from above

My good friend Danny and his wife Susan have been cruising the Caribbean with their two children for 15 months. Their 50-foot catamaran the S/V Blue Kai was a great model too. Almost as good as Danny in this photo. www.svbluekai.com

Walking on water to get the shot at Roberts Grove, Placencia

Jerard and Clifford got after this little Hobie Cat. In fact, they flipped it about 5 minutes after this shot. #WorkingHardPlayingHard

When working in tropical climes I try to keep my crew hydrated - with margaritas.