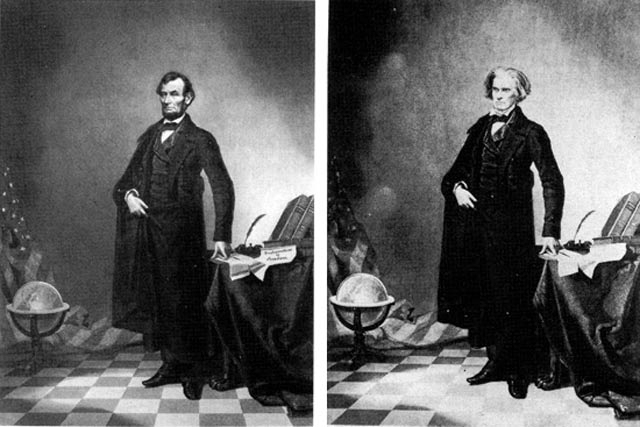 With Adobe Photoshop looking ahead to its 25th anniversary, a handful of clever advertising pranks, and the recent exhibit at the National Gallery of Art on the history of photo manipulation [deets below], I thought we’d wax nostalgic for a hot minute on how far photography has come — and hasn’t come — from those pre-school days of cutting, coloring and pasting.

For those of us who love to wrench around in Photoshop on a good photograph…give it that extra somethin sometin…This is not news. But the fact IS that nowadays we inherently question the authority and authenticity of every photograph. This speaks to the ease with which any photographer today — professional or otherwise — can enhance, alter and outright mislead for fun or nefarious purposes through the use of the most simple digital tools. Those of us more savvy consumers + even the critics living in this digital world occasionally team up to provide the push back on the topic and identifying where have been crossed [see last month’s post on the “un-airbrush photoshop hack”]. It’s a healthy and ongoing debate and a reminder to consider “truth” or “fiction” before adding that filter…

But that debate always gets a little tired for me, and as it does, I like to remind haters and lovers alike that image manipulation and other crazy shiz like this has been around since long before Photoshop. The visual past is still sordid, indeed. For example:

This portrait of Lincoln (arguably the most iconic Abraham Lincoln image we have) isn’t even Abraham Lincoln. It’s just his head, placed on Southern politician John Calhoun’s body. Apparently he didn’t have any “heroic” looking pictures, so they just stuck his head on Calhoun’s body, who, ironically was an ardent supporter of things Lincoln was ardently opposed to…

And if that’s not a guffaw, a simple search reveals a huge pile of examples like this or much worse. In the early part of the 1900’s, Stalin would have his political enemies air-brushed out of ofﬁcial photographs they had taken with him. If there wasn’t any photographic proof, then it didn’t happen.

Photo via of neatorama.com

As hacked press can be powerful tool for media’s manipulation of the public, the June 27, 1994 covers of Newsweek AND Time had two different versions of the same mug shot of O. J. Simpson. The Time cover makes Simpson look the part of a murderer — his face darkened and slightly out of focus, roughened to make him look more unshaven. The color saturation was also removed, making O.J.’s skin look darker. Matt Mahurin, the illustrator at Time Magazine who manipulated the photo of O. J., said he wanted the image to look “more artful, more compelling.” Looking at the images side by side, it’s not hard to see why many claimed Mahurin was using photoshop to make O.J. appear evil and threatening. In a word, guilty.

There are also images like the one below, released in the weeks following the attacks on September 11th. It ended up hitting the public hard, even though it was a fairly obvious fake (the weather was wrong in the photo, the observation deck of the WTC wasn’t open when the planes hit, the plane in the picture is the wrong type). Most people were too pissed to look too closely and this picture stirred up a lot of sentiment on the web. Still makes me feel really yucky which helps underscores the point of my article here….

There are hundreds of examples of big time photographs that have been hacked into. And I’m guessing you can show me a few more of your faves (hit me w a link or two below if you care).

But if all that makes you feel uneasy…just take a deep breath. You’ve been looking at manipulated imagery your entire life. To grab some perspective that’ll chill you out, check out the online remnants of a recent exhibit at Washington, D.C.’s National Gallery of Art featuring some 200 works showing how today’s digitally altered photographs are just a long line of manipulation from the 1840’s to the present era. And, if you happen to be passing thru Houston before August 25th, you can check it out at The Museum of Fine Arts. 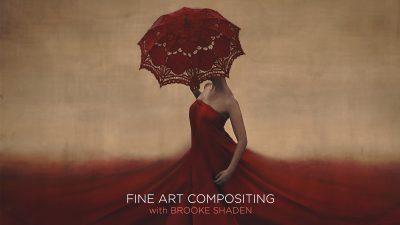 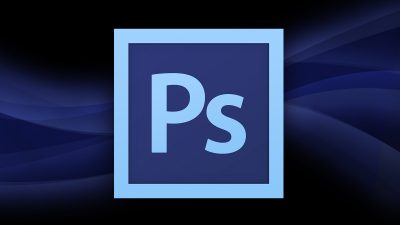