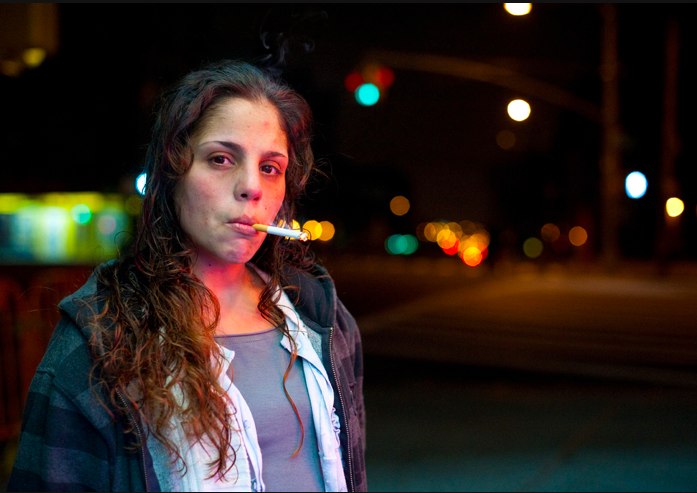 Princess became addicted to crack as a teen, turning to prostitution for money. She is the mother of twelve kids; she had the first when she was a young girl in East New York. Now she lives in Hunts Point, sharing a house with Takeesha and other addicts.

She was cheerful and funny, with a very quick wit. She especially enjoyed making fun of me for being “so white.” After I showed her the first few pictures she said “no, no, that won’t do” and put on some more makeup, saying with a big smile, ‘no woman ever wants to look anything but her best for pictures. You should know that. You sure you’re a photographer?’