Things Photographers Spend Too Much Time Talking About 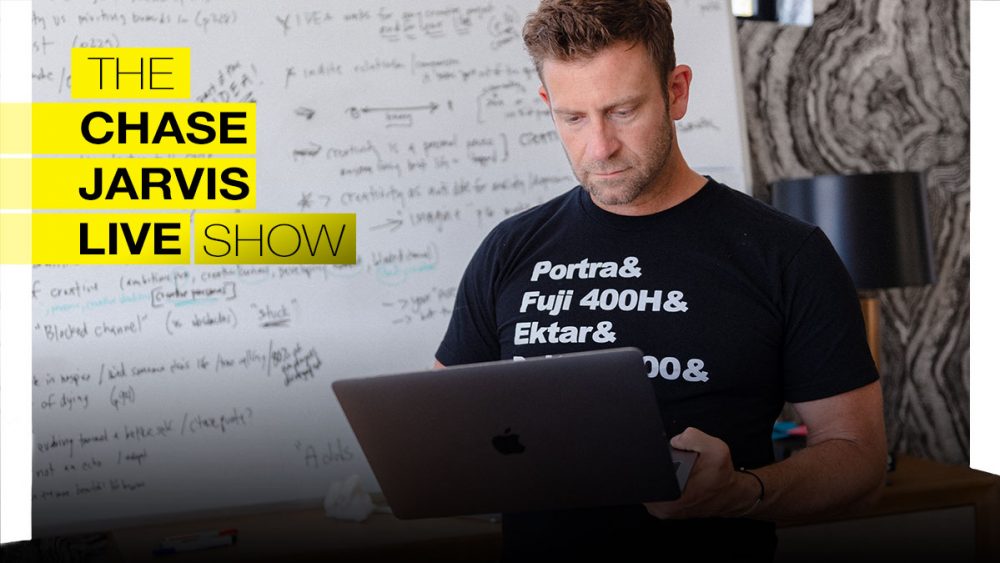 Recently I joined photographers Ben Von Wong and Tim Tadder, along with hosts Walid Azami and Mathieu Young on Clubhouse to chat about "Things Photographers Spend Too Much Time Talking About". But this is not about photography widgets, lenses, and photo shoots. It's not even really specific to photography. This is about career choices. It's about following your heart. And of course - the title is tongue-in-cheek because it's actually about the stuff we don't... read more ›
390 reads
Mar 12 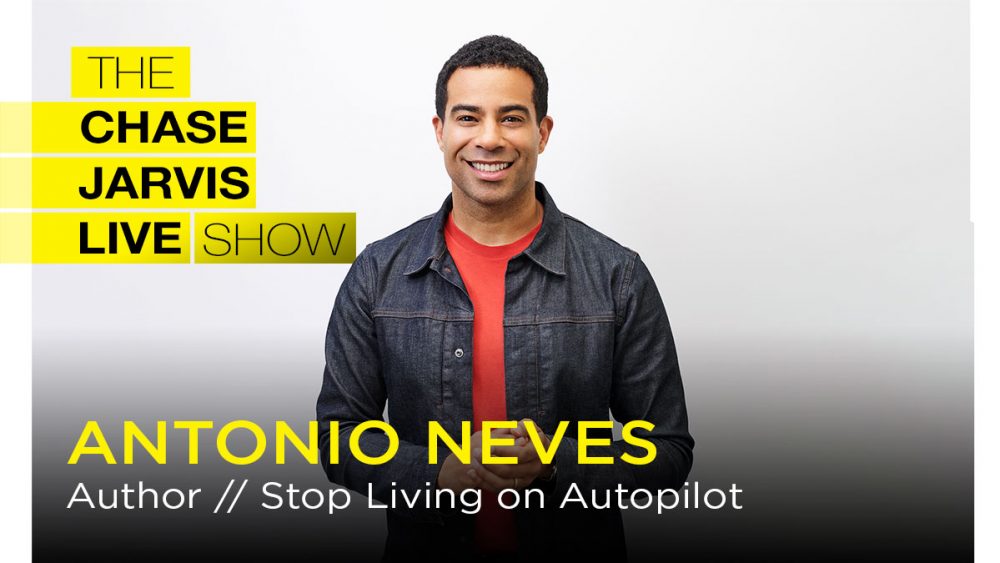 If you've ever felt stuck or are stuck right now, this episode is for you. Antonio Neves is an internationally recognized leadership speaker, author and award-winning journalist. For over 10 years, Antonio worked as a correspondent in New York City with top television networks including NBC, PBS and BET Networks. We've been long time friends and I'm excited to talk about his new book Stop Living On Autopilot: Take Responsibility for Your Life and Rediscover... read more ›
315 reads
Mar 03 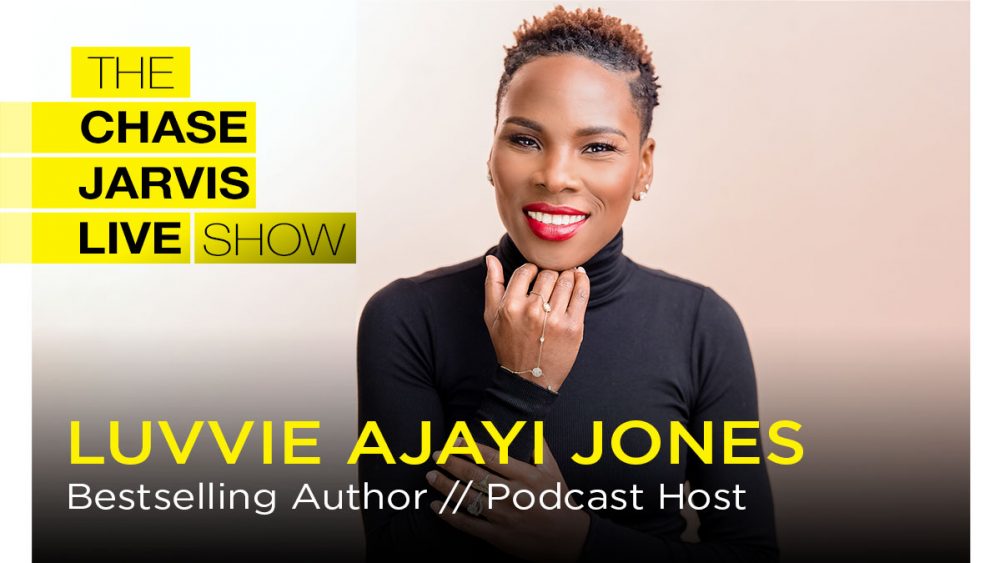 Let’s face it. We’re all afraid. We're afraid of asking for what we want for fear of hearing "no." We're afraid of being different, of being too much, or not enough. So how do we not let fear talk us out of what we want? You already know there’s no free pass out of fear, but as today’s guest Luvvie Ajayi Jones says, the point is not to be fearless, but to know we are... read more ›
437 reads
Feb 08 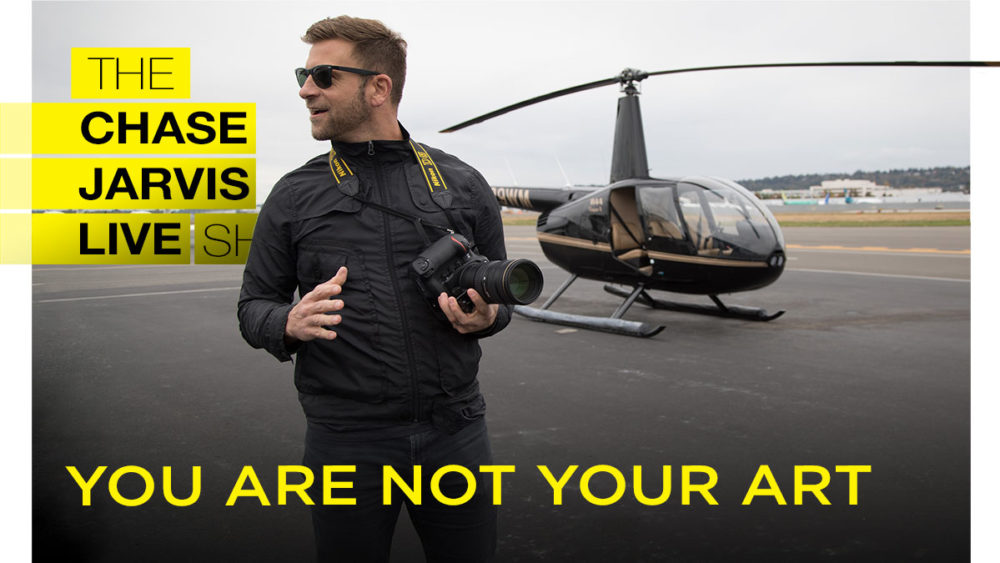 Creative lives and creative careers are each designed. They happen intentionally. The so-called lucky ones, the people who live wildly creative lives or are paid to do what they love, built what they have deliberately and strategically. They created a vision and worked toward achieving it. Every one of them started exactly where you are now—or even farther back. It’s time to put your work boots on and start kicking some ass. Enjoy! MORE FROM... read more ›
418 reads
Jan 25 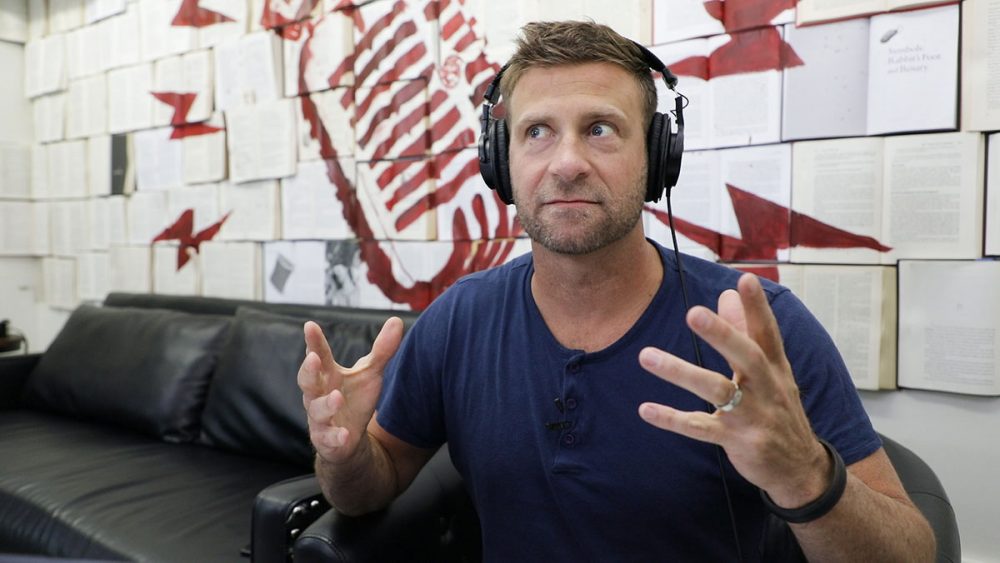 There is an unavoidable hump along any creative path, a big, steep, muddy hill to climb between the exciting start and the point where you’ve become a proficient creator. You’re going to hit rough patches. There’s no thinking your way over this hump. Once you get to it, the time for planning is at an end. Only action will suffice. Once I’d quit graduate school and started to make decent money as a photographer, I... read more ›
420 reads
Jan 18

Design Systems That Fuel You with Srinivas Rao

Whether you know it or not, there are a whole host of things that either stimulate or obstruct our productivity and creativity. Where we work, the people we see, the equipment we use, the sounds we hear, even the information we consume. The good news is that we can develop systems that can help us harness and fuel our creativity instead of diminish it. Today on the show, I'm sharing a few of my favorite... read more ›
213 reads
Jan 06 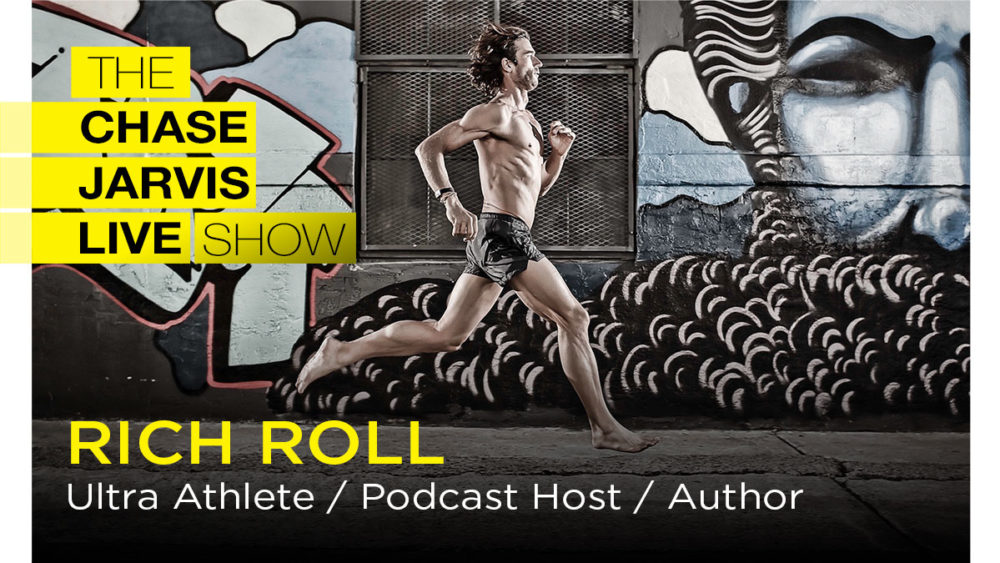 Rich Roll has been named on of the “25 Fittest Men in the World” by Men’s Fitness and “The Guru of Reinvention” by Outside. While he’s renowned as an ultra-athlete, wellness advocate and bestselling author, he’s also the podcast host of one of the top 100 podcasts in the world, the Rich Roll Podcast. Rich and I have sat down for a few conversations either on this podcast or his, and it’s some of my... read more ›
357 reads
Dec 09 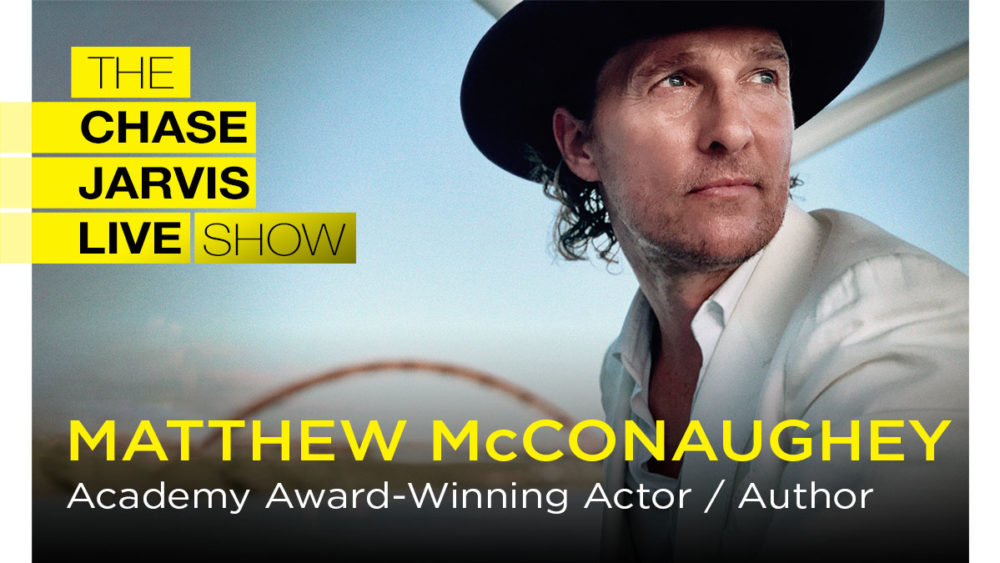 You likely know my guest today from his roles in films such as Dazed and Confused, Dallas Buyer's Club, How to Lose a Guy in 10 Days, Lincoln Lawyer, and so many great films. What you might not know about Academy Award-winning actor Matthew McConaughey over the last 35 years, he's been journaling his life experience, the wild stories and situations he found himself in. Recently he worked up the courage to sit down with those... read more ›
441 reads
Dec 02 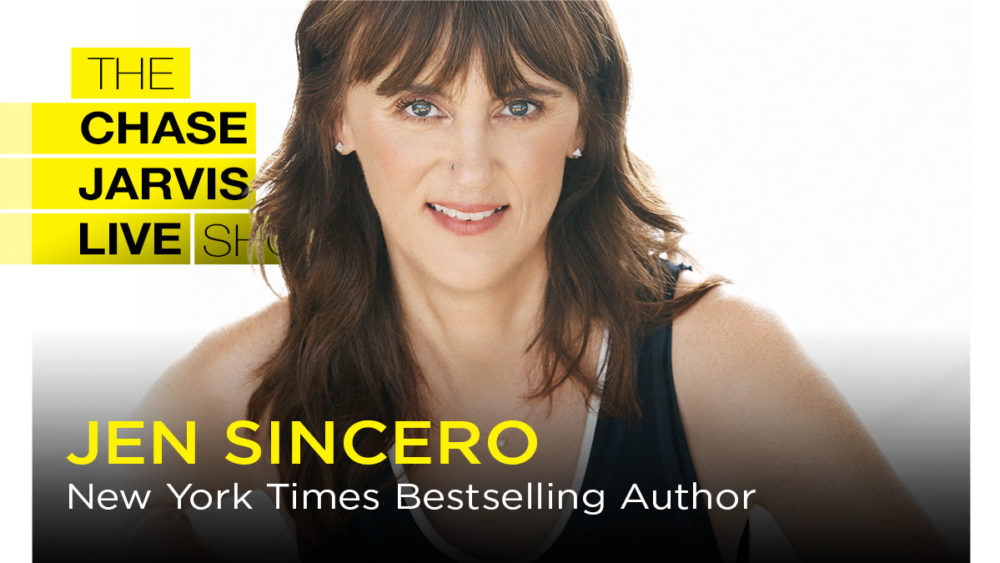 Habits are the key to actually transforming your life. You've probably read about this philosophy in my book, Creative Calling, but today, #1 NYT Bestselling Author, Jen Sincero is on the show with the goal to help you implement habits that will shift your identity, set meaningful boundaries and ultimately push you towards success you are destined for. In this podcast we talk about her new book, "Badass Habits: Cultivate the Awareness, Boundaries and Daily... read more ›
730 reads
Nov 25 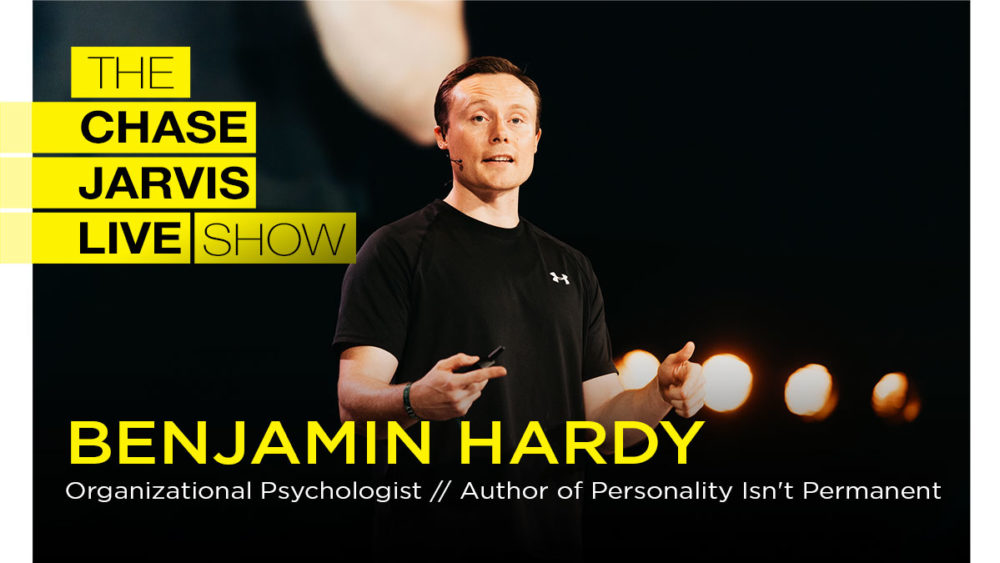 Dr. Benjamin Hardy is an organizational psychologist and bestselling author of Willpower Doesn't Work. His blog has been read by over 100 million people and has been featured on Forbes, Fortune, CNBC, Cheddar, Big Think and many others. When I first tuned in to his work he was the #1 writer on medium.com, where he developed a significant audience around his interests. His new book, Personality Isn't Permanent, which we talk about today opens up... read more ›
534 reads