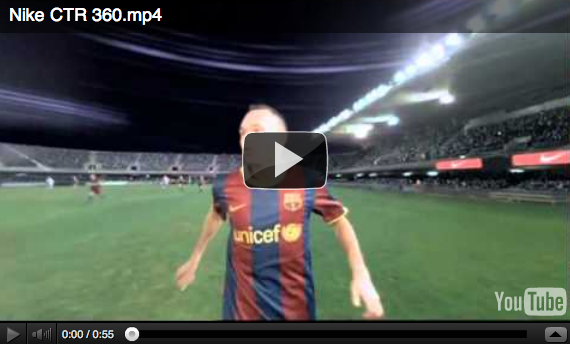 Ok: so this video by W+K for Nike is certainly cool. For one, it's soccer. For two, it's Andres Iniesta from FC Barcelona. For three, it was shot with a 6-video-camera 360-spherical rig, introduced by director Scott Lyon. But the thing that impressed me the most is actually the sound. Put some headphones on if you can... They nailed the audio. I've learned that was recorded bi-aurally... a system I'm told where (more…)
429 reads