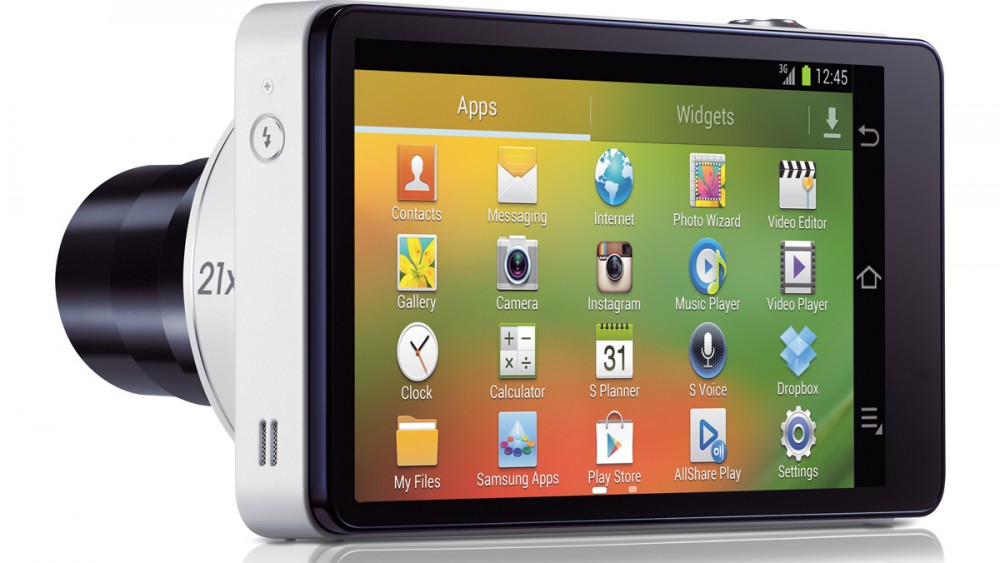 I’ve been banging on the doors, windows, and faces of camera manufacturers for years about this one having long found value in the idea, “What good is a picture if you can’t share it?” It’s a simple concept that lots of us helped ignite in our culture via mobile devices. Instantly being able to share is assumed now. But… that our friends in the “real” camera world have been a little slow in adopting this concept is a massive understatement. So what is the state of that state really? What planet are they from? It’s worth taking a look at. As such, I’ve enlisted my pal Ben Pitt (who has authored some popular posts on the Nikon D600 and Canon 6D in recent weeks) to give us the technical breakdown on the latest and greatest. But even as you read this post that dives deep on which widget does what and how fast, remember, dont forget I’m still backing the idea that the best camera is the one that’s with you. Take it away Ben! -Chase

12 months ago, Wi-Fi was built into about half a dozen digital cameras. This year it’s everywhere – not just in high-concept cameras such as the Samsung Galaxy Camera but also in half the compact cameras announced at the Consumer Electronics Show in January. It’s built into the Canon EOS 6D and Panasonic Lumix GH3, and is available as an optional upgrade for Nikon’s latest generation of SLRs (D3200, D5200, D7100, D600, D800, D4) and the Canon 5D Mark III and 1D X.

So is Wi-Fi going to change our photographic lives, or is it just another over-hyped innovation to help camera manufacturers shift more units? Let’s take a look at what’s on offer.

Wi-Fi allows remote control of the camera from an Android or iOS app – most of these cameras have accompanying apps for both platforms. The camera creates a wireless network for the smartphone or tablet to join. In some cases this can be cumbersome to manage, but it needn’t be after the first time they’ve been paired.

The app can then show a live preview feed and provide a remote shutter button and some control over photographic settings. In many cases this includes a touchscreen spot focus function. The quality of the live preview tends to be pretty good. Most run at 640×480 pixels, which is equivalent to a 921,000-dot LCD screen, but with the added benefit of a larger screen size. There’s a certain amount of latency in the live view feed, and also in the response of the shutter release, but in my experience it’s usually well under a second.

These remote shooting functions are impressive but, personally, I doubt I’d use them much. They’re perfect for group portraits when you want to include yourself in the photo – something I do perhaps once or twice a year. Knowing my luck it’s bound to stop working at exactly that moment, giving my assembled friends and family yet another chance to revel in my humiliating defeat at the hands of technology.

The Lumix Link app for the GH3 running on an iPad

I’d hoped that remote shooting would be useful for photographing birds and other wildlife in my garden. It turns out that birds are just as nervous of a tripod as they are of a person (the shot on the right was with a long lens through the window). I guess that birds would get used to the tripod if it was left in place for a few weeks, but would they be scared off by the appearance of a camera on the tripod? If anyone has experience of this, please share your thoughts in the comments below.

Remote shooting has other uses, such as when the camera is positioned in hard-to-reach places. This is probably more useful for video than photography, though. So far I haven’t seen or heard of a camera that can stream video wirelessly while recording it – unless you count the Parrot AR Drone app-controlled aerial drones.

Using a high-resolution tablet as a wireless video monitor would be extremely useful for video production, regardless of the camera position. 802.11n should be fast enough for compressed 1080p video. I’m hopeful that this will appear before too long in mirrorless and SLR cameras.

The Canon EOS 6D also supports wireless PC tethering, with a live view feed and comprehensive control in the accompanying PC software. This might be a killer feature for people currently struggling with (or put off by) tethered shooting over short USB cables. Performance and latency seemed to be pretty good in my tests with the 6D.

Transfers are technically simpler than remote control, but probably more useful. In most cases, the same Android and iOS apps used for remote shooting can also browse the camera’s card contents and request photos and videos for transfer. In some cases, photos can be selected for transfer on the camera too.

Picking a photo to upload from the Panasonic SZ9 compact camera.

The remote shooting modes usually incorporate automatic transfers as soon as the picture is taken. However, the ability to shoot with the camera’s controls and transfer photos automatically is surprisingly rare. This is something that Eye-Fi cards have been able to do for years.

I can see two potential uses for wireless transfers to an app. One is for instant online sharing. Mobile phones have changed the way casual snaps are shared – people want to be able to upload within seconds to taking a photo. With a Wi-Fi camera, you’re not limited to using your phone’s built-in camera.

For serious photographers, the ability to review a photo on a high-resolution tablet within seconds of taking it is a big draw. It’s useful for checking focus, and for spotting subtle problems with the scene that would be hard to see on a camera’s 3in screen. The Canon EOS 6D’s app also lets you rate photos, with the data synced back to the camera’s SD card.

I’m looking forward to seeing cameras that allow photos to be transferred to an app at the touch of a button on the camera, directly after taking a photo. I don’t necessarily want to transfer every photo, but when I do, it should be a quick operation that doesn’t distract me from the creative process.

Most Wi-Fi cameras can also transfer photos and videos directly to online sharing services – Facebook, Twitter, YouTube and so on. I’m not sure how useful this is, though. It’ll only work when you’re in range of a home network or public hotspot, and entering social network passwords using camera controls is pretty fiddly. It seems easier to send the photo or video to a smartphone first.

Wireless transfers to a computer or network storage hold more appeal. Large transfers are slow, but it’s great to be able to simply switch the camera on and press a couple of buttons to start copying.

Syncing GPS data to the Canon PowerShot S110 from the CameraWindow app.

GPS is increasingly common on digital cameras, but a few models (Canon S110, Fujijilm F800EXR, the latest Panasonic compacts, among others) provide GPS by proxy via the Wi-Fi link. This uses a smartphone app to keep a log of the location over a given period. Later, this log is cross-referenced against the capture time of photos in the camera to add GPS coordinates to their EXIF data. It’s not as neat as integrated GPS but it’s cheaper to implement. It’s certainly better than no GPS at all.

The Sony NEX-6 and NEX-5R can be expanded with downloadable apps. This lets you add functions such as time-lapse photography and advanced bracketing modes, and cost a few dollars each. However, I can’t help feeling that this is less about getting more features and more about Sony looking for new revenue streams. Sony has always lead the way for innovative shooting modes, but they used to be included as standard rather than optional extras.

The potential for third-party app development is interesting, but I can’t see many developers choosing to spend their time coding for a closed system such as NEX at the expense of Android and iOS platforms. The natural home for third-party camera apps is on Android cameras such as the Samsung Galaxy Camera.

So that’s where we’re at so far. These Wi-Fi functions are still in their infancy, and I’m yet to test a Wi-Fi camera where everything has worked smoothly. Some implementations are a little cumbersome, particularly when it comes to configuring network settings. Pretty much every camera I’ve tested has had one or two features that I’ve not been able to get working as advertised. Hopefully these kinks will be ironed out.

For me, the most useful functions – wireless monitoring while recording video, and one-touch, on-demand photo transfers – have yet to materialise. Even so, Wi-Fi cameras show lots of promise, not just for casual users but also for enthusiasts and professionals. They won’t revolutionise digital photography, but if they help to keep dedicated cameras relevant in this age of instant sharing, that’s no bad thing.

But that’s enough about what I think. Are you tempted by any of the features described above? Are you already using them? Is there’s anything else on your wireless wish list that no one’s thought of yet? Let us know below.