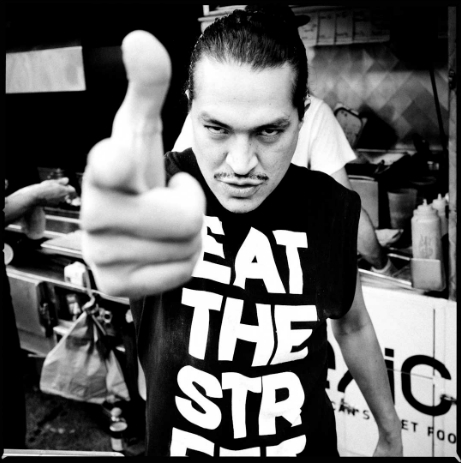 A couple years ago, you may recall, during a month-long artist-in-residency at the Ace Hotel in NYC I took the opportunity to celebrate the snapshot — quintessential street photography — and I called the exhibit Dasein: Invitation to Hang. [‘Dasein’ is a German word used by philosophers to refer to raw human experience or the fundamental mode of “being there.” I found that when applied to photography, the snapshot was the ultimate photographic expression of us simply, authentically being in the world / caught on film. ] The exhibit featured an ever-changing wall of snapshots, both my own and selections chosen from nearly 15,000 submissions across the globe.

At the core of the work what I found was my own sense of street photography – regardless of whether it was on the street, on a train, or backstage with the band. Point being that street photograhy – the art of the snapshot if you will – is about the moment. It’s about choosing to take the photograph. It’s about mood, and –quite often–it is about talking to strangers.

I was reflecting on that project this morning and wanted to share a bullet point list of things I learned that could be easily applied to anyone’s work.

1. The Law vs Respect. When it comes to street photography, there is the law, and then there is etiquette. The laws permit us to take pictures of anyone in a public space [for which thousands of paparazzi thank the gods every day], even taking pictures of private property from a public space is fair game. But let’s face it. Do you really want to be ‘that guy’? Etiquette is an entirely different matter. And note that while it’s ok to take the photo – USING or displaying the photo later is an entirely different manner protected by laws, permissions, likeness, etc. But that’s another post.

2. Discrete but not creepy. While some photographers live by the “If you see a good picture, you take it” rule. I do not because I’ve decided that my role in life is to evoke the messages and emotions and thoughts that I want to evoke – not to simply document. This isn’t for everyone, but here’s how it translates into my work… I am discrete but not creepy. I often connect with my subjects. Your style will vary. Aside from the rare times I shoot candidly, my general mode of being is two fold. I either (a) quietly and quickly snap the photo; or (b) I say “hey, can I take your picture?!” with the camera pressed to my face OR simply a wave to get someone’s attention with the camera snugged up to my face. I click the shutter when they look up.

Brandon emphasizes a concept that’s central to street photography: there are literally millions of stories to be told in your own backyard (this conversation is from CreativeLive’s 30 Days Of Genius series)

3. It’s all about the aftermath. Nine times outta ten when using the above techniques, my snapshot subjects either don’t know I’ve shot a photo or don’t care. But here’s the critical point IMHO – if they do care, or even if they lock on to you, take proactive action. Introduce yourself and say thank you. It’s almost entirely about the interaction AFTER you shoot the photo. And this is where non experienced photographers blow it. Sure it takes vision to get the shot – no questions there. But in keeping the shot and keeping your integrity as an artist operating in a grey space…. It’s 10% being before 80% after…. People will either warm up or blow you off and it’s your job to read them. How do you get good at reading this? Experience. You will quickly be able to read if someone is aloof and doesn’t care that you’ve snapped their photo, or if you’ve ticked somebody off. Moreover, connecting with subjects after the fact is often an amazingly insightful part of the process. I’ve heard amazing stories, been inspired, been awakened, and felt more human after talking with unknown photo subjects on hundreds of occasions.

4. When things go south. Rarely, after engaging with someone in number 3 above, the unknowing subject will react negatively. In that case, cut your losses. I always prefer to be a good human than to be unpleasant. On just a handful of occasions in my entire career (I can think of 2 in this sitting…) has anyone asked me to delete a snapshot of them. In this case – despite it being my right to have ‘taken’ the photo (NOTE – ok to ‘take’ the photo in a public space but not ok to later USE or display the photo by law without proper permissions…), I have–during both those rare occasions–deleted it with a smile and a shrug as I showed it to them.

5. Some recommended don’ts…
–I don’t photograph the homeless or downtrodden without their permission or even better only after a long conversation where it becomes clear that a photograph is on the up-and-up.
–I don’t photograph young kids in the street that I don’t know without first connecting (eyes, nod, hand wave, etc) with their parent or guardian. Just don’t do it. Otherwise, you’re creepy.
–Don’t try to use snapshots commercially. Ever. You will get caught and you will be breaking laws.
–Don’t take your gigantic camera on the streets. It will wreck your chances at getting good imagery. If a Dslr is all you have, take a small, short lens and that’s it. Even better, consider being discrete with a point and shoot – or my favorite – the new mirrorless camera platforms. There are lots of reviews and stories about those here on my blog. Feel free to search for them.

Above all, IMHO use common sense and common courtesy as your guide. Sure – get sneeky, get gangster, get ‘the shot’, but you can do it without being a nut job. Plenty of other photographers have done amazing projects in the streets that are in your face, against people’s will and without warrant. My suggestion? Leave that to somebody else and focus on the pictures that you want to make through respect and hard work. You’ll thank me later.

PS – If you want to get hands on, CreativeLive has a killer class on street photography taught by multi-award winning badass Ashley Gilbertson 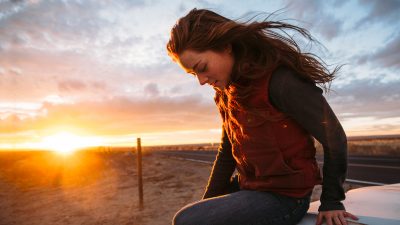