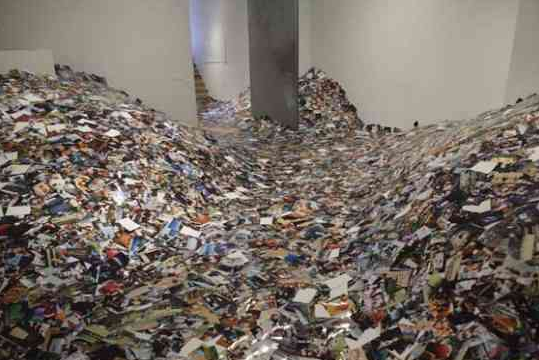 We’re Not Drowning In Photography, We’re Getting Rich

“I can’t get over the feeling that pictures taken with a camera in a phone that everyone owns [iphone] have no value.” – Excerpt from APhotoEditor, Drowning in Photography

Sorry APE, forgive me for being prescriptive, but you’d better get over that feeling.

Just because “everyone’s doing it” — because there are a lot of photos out there in the world — doesn’t mean photography is headed for the shitter.

Two counter points cutting through to some clarity:

1. A similar argument “everyone’s doing it so photography is now lowbrow” was used in 1895 when Kodak developed roll film that could be loaded in daylight. The professionals argued that craft was now “completely lost to the amateurs”. Obviously that played out as an error in thinking, since nearly all the modern photographic “masters” have grown into being since this time in 1895, not before.

It’s just like your favorite band getting famous and then hating them for it, or talking shit about Nike and wearing Converse high tops – there’s no truth there. Nirvana changed music forever, regardless of how popular they became, and Nike owns Converse. The complaint about value is more about protecting the egos of hipsters, than a reflection of reality.

Now, before all photographers who have to work harder to make a living because of this (of which I am one) get mad, … we should remember #2:

2. Sure professional photographers must work harder today to differentiate their work, but that’s the case with almost every profession that invokes technology, or the fusion of technology and creativity. It gets harder to make the “same as it used to be” living over time in a crowded market. But this is not something that only photographers have to contend with. Almost ALL these such markets are getting more crowded. What marketplace stands still for its masses? None. Welcome to a nearly ubiquitous truth.

So, as I advocated in my Dasein Project, it might not be what some photographers want to hear, but let’s think of this a little differently. I prefer to make the argument that the snapshot has become perhaps the most human, the most important photography of our modern era. Professionals are still relevant for making statements and defining brands, genres, and movements, but it’s the snapshot that is today carrying the most metaphysical weight. Sure they’re everywhere, but that doesn’t make them worthless.

A great quote from a paper by Mia Fineman, photography curator at the Metropolitan Museum in NYC, comes to mind…

“We take snapshots to commemorate important events, to document our travels, to see how we look in pictures, to eternalize the commonplace, to extract some thread of continuity from the random fabric of experience. We try to impose a kind of order, but sometimes the process backfires, and the messy contingency of the world rushes back in, bringing with it a metaphoric richness that parallels that of dreams. The amateur photo-album is an anthology of errors: there are tilted horizons, amputated heads, looming shadows, blurs, lens flares, underexposures, overexposures, and inadvertant double exposures. And while not every bungled snapshot is a minor miracle, some seem to tap into a sort of free-floating visual intelligence that runs through the bedrock of the everyday like a vein of gold.”

So let’s reconsider the snooty position. Of course curators are important, whether that’s your friends Tumblr site or the MOMA, but with more cameras and more photos than ever before–and even BETTER photos–shouldn’t it be said that we’re not drowning in photography at all, that we’re perhaps getting metaphorically rich off more and more of these veins of gold?
——

[above image by Erik Kessels from installation called Photography in Abundance via foam.org, and the quote is from APE’s post here]