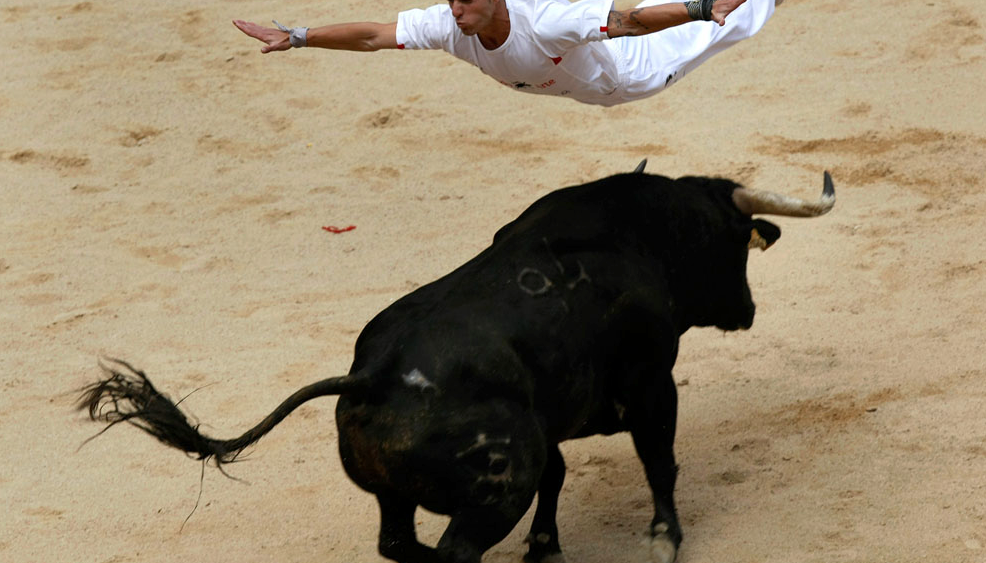 10 years ago or more, I made the trek to Pamplona, Spain for the annual running of the bulls. No intent to run, just a hope to learn something, watch a 400 year old phenomenon I’d read about in Hemingway’s the Sun Also Rises, and engage my passive interest in watching mostly drunk party kids dodge the freight train-esqe bulls…or not. Let’s just say I came away with all that an more.

Given that the running of the bulls concluded last weekend. A half a dozen bulls and throngs of wild-eyed humans go running through the streets, en route to the bullfighting ring, every day for 8 days until the festival concludes. It is as photogenic as it is controversial. Click through the image tabs above to see some of these mind-blowing photos from last week’s festival. Holy crap.

Shot in the midst of mayhem, from angles hard to imagine, many of these images are captivating and stunning to say the least.

To see more of these photos from the source – check out The Atlantic.
Or you can check out this teaser for a documentary on the Festival call Chasing Red here.