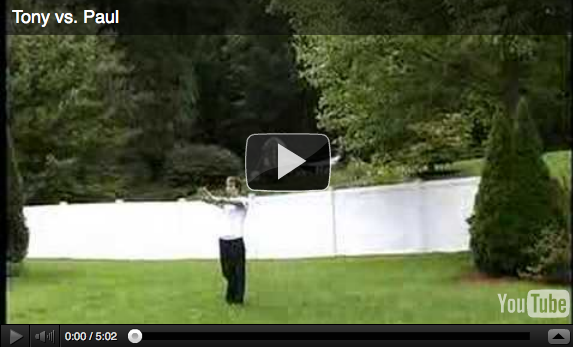 If you’ve seen the video clip advert thingie I was hired to shoot called “Rollin Street”, in collaboration with Flying Spot Seattle, you might guess that it’s trendy (but cool and fun!) to make a movie using still images (and video) sequenced together. Some are intentionally cut roughly (like the Rollin Street piece we did), whereas others are more smooth (requires more shots lumped together).

Strangely, although the Rollin Street “story” has been here on the site for a long time, I received several emails and questions about it this past week. I like the Rollin Street vid (although I wish it was able to be the more significant piece it was when originally concepted), but it the emails I received this week made me want to point to a different stop-action piece I really liked a while back called Tony vs. Paul. Forgive me if you’ve seen it before, as it’s been out a long while, with over 2 mil views on YouTube. Regardless I hope it’s useful to the several of you who have emailed me lately on the topic and at least of interest to the rest of us:

RSS subscribers can click here to see the vid.