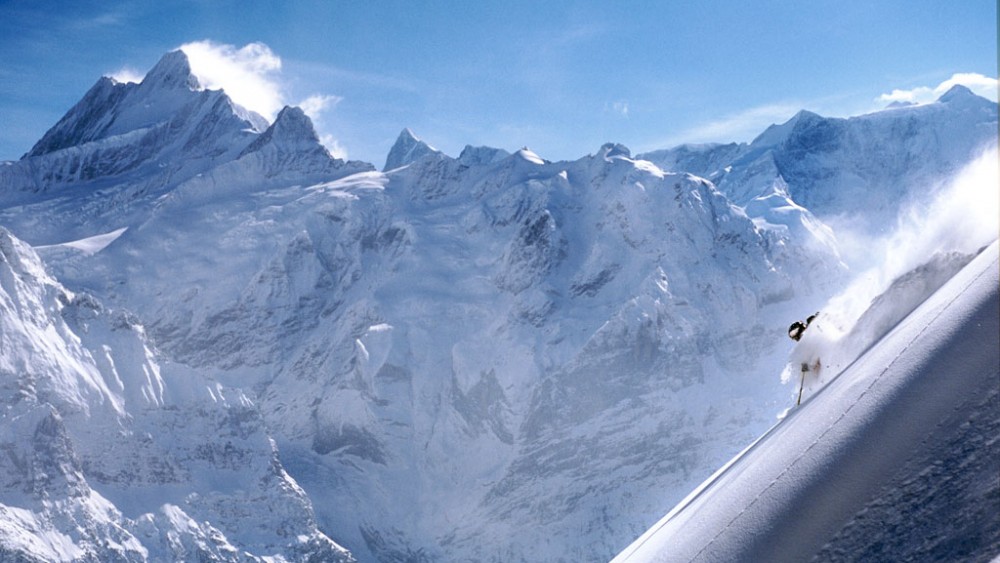 Models Know Best: What It Takes to Be A Great Photographer

Hi everyone. Scott here. Ever wonder what the models and athletes you’re shooting are thinking?  No, the answer is not: nothing.  Contrary to popular stereotype, most of these people are bright and driven and are working hard on their end of the camera.  I know, it looks easy, but that’s the trick, the good ones always make it look easy.  Well, I’m no fashion model, but I have spent enough time on the sharp end of the camera to drop a little knowledge of what it takes to be a great photographer.

Before I ever got a gig in the photography industry, and long before I was Chase’s right hand man, I had already spent hundreds of hours working with Chase.  Early in his career Chase was heavily involved in action sports photography.  At the same time I was an up-and-coming skier looking to make a name for myself in the sport.  Inevitably our paths crossed and we packed the car and headed for the mountains, this was the first of many adventures.  I am proud to say that our collaborations resulted in the publication of images in every major ski magazine in North America, several others in worldwide publications, and countless ads.  I picked up sponsors, and Chase became one of the premier photographers in the industry.  I wanted to see if there was a formula for this success from my point of view as an athlete working with Chase.  After some head scratching, I’ve distilled it down to these six factors which, when combined, make a photographer an unstoppable force…

1. Creativity. When I very first started working with photographers I had what you might call an inexperienced eye.  Any photo of me where the action was stopped and the skiing was good seemed like a pretty cool photo.  It didn’t take long before my standards were higher and visual artistry was an important factor.  Even in his early years Chase was always looking for ways to shoot things differently than the other photographers.  Whether it was strapping a Nikon F5 to my chest and firing it with a pocket wizard, or getting the ski lift to stop right above a perfect shot, Chase was always innovating.  Most of the skiers and snowboarders I know are very creative people, and they very much enjoy the sense of creative collaboration that comes with a truly exploratory photo shoot.

2. Professionalism. It was instantly apparent as a young athlete that working with Chase was different than working with other photographers at the time.  Always prompt, gear in perfect condition, photos edited quickly, photos submitted on time and in an organized fashion.  I knew that any time I spent shooting with Chase was going to move my career forward because he classed himself as a true professional.

3. Communication. If there is a single trait that helps Chase come away with consistently great shots, it’s communication.  Almost all of us artistic types struggle with the challenge of verbalizing our vision to our models, clients, agents, even friends.  Chase does not struggle in this regard.  As an athlete I have never had to wonder how Chase is framing the shot.  There has always been a clear line of communication.  I tell Chase what I am thinking about skiing, he looks for angles and lets me know what tweaks I can make to the plan in order to enhance the aesthetics.  We then clearly indicate that we are both ready and then finally the action and photography ensues.  This level of communication has resulted in a very high rate of return on each sequence.  Chase isn’t missing shots or missing focus, and I’m hitting the sweet spot on the hill; all due to great communication.  It doesn’t end there, either.  In all of the years we worked together in this capacity, when the shoot day was over, I could count on Chase getting on the phone with the magazine or the client, showing his work, and pitching them on his next big idea.  ABC (Always Be Communicating).

4. Positive Vibe. This sounds kinda hippy, but follow me here.  While it’s preferable to work with friendly photographers if you’re a fashion model or commercial art director, it’s certainly not an absolute requisite.  The same is not the case in action sports.  While these sports have become big business, at the core of skiing, snowboarding, surfing, etc. is people having fun doing the activity that they’re most passionate about.  This applies equally to the athletes and the photographers.  Each success or disappointment must be grounded in the idea that there is no place the crew would rather be.  In practice this means being energetic throughout the day.  Sharing the back of the camera with the athlete when a good shot is in the can.  When something goes wrong, even if someone is at fault, it’s about a pat on the back and better luck next time.  In skiing we have a saying, “the worst day on the mountain is better than the best day in the office.”  Live the dream you’re selling with your photos, it will come through in your work.

5. Hard Work. Speaking of work, there is no substitute for doing a lot of it.  I had taken winters off from college and was working as a valet at nights to barely pay the bills.  The rest of my time was spent on skiing.  I had made a full commitment to the sport and intended to make the most of it.  I know it sounds like a stretch to call this work, but I can tell you without a doubt that I had decided that skiing was my profession and behaved as such.  I knew immediately upon meeting Chase that he had the same mindset with regard to photography.  Each of us knowing what it took to make an impact, we were happy to head to the mountains at the crack of dawn and shoot until well after dark.  Photogenic days of skiing are a finite resource and we relished making the the most of them.  On the down days Chase would edit film and grow his business while I trained in the gym and worked on my equipment.  I can say to this day that some of my most exhausting and satisfying days of work were those early days of shooting skiing until there wasn’t a single thing left to shoot.

6. Trust. Life in the mountains is sort of an amplified version of everyday life.  Let me explain.  The consequences of screwing up at work on the average day in the city tend to be relatively bearable and can almost always be recovered from.  The consequences of a legitimate mistake in the mountains can be deadly.  I don’t mean to sound melodramatic here.  On the contrary, I’m stating facts.  The last five years has seen the outdoor sports industry lose some of its most dynamic and talented leaders to equipment failures, lapses in judgement, or just plain old bad luck.  As an athlete participating in a dangerous sport I choose my partners carefully.  It’s the good judgement, risk mitigation and if worse comes to worse, rescue skills of your own party that dictate your level of safety.  I have always respected Chase’s judgement, preparedness and willingness to wait for another day if something didn’t look or feel quite right to anyone in the party.  It’s easy for a photographer to sit back and aim a long lens and some peer pressure at a dangerous situation in order to get a good shot, but the photographers who make it in the long run know that it’s a team effort and that no single shot is worth risking a friend.

These traits that I respected and shared in the athlete-photographer relationship, are the very same ones that have an impact in a photographer-client relationship or relationships among team and work mates.  You need to be great at your work, and be great to work with.  It is for this reason that Chase was the first person I called when I ‘retired’ as a skier.  I knew that I wanted to devote my energy and passion to new pursuits, and that I could count on Chase to continue to build a business on creativity, professionalism, communication, positivity, hard work, and trust.  In practice it hasn’t mattered how the business has grown and diversified.  The foundation is always there, and I’m fully on board.