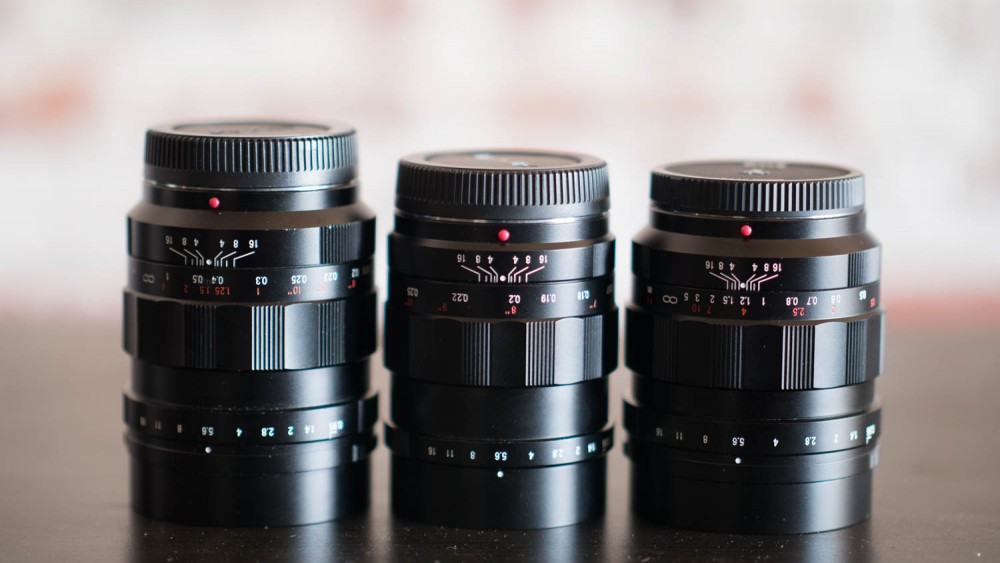 Data tells me that more than 100,000 of you caught my earlier Top 5 Nikon, Top 5 Canon & Top 5 Hasselblad lens posts, but it’s intuition that tells me what many of you are really wanting is today’s post on Micro 4/3 and mirrorless lenses. And yes, I rarely write about gear since there are entire websites dedicated to that pixel peeping universe… but my hope is that this makes the few times I do write about gear more helpful and impactful.

I play the field when it comes to gear so that I can shoot with the best / preferred gear in any situation. And is was really that mantra that got me into this micro 4/3 world. It started out that I was annoyed at dragging my pro Nikon kit around for street photography and personal snapshots, so I jumped on the small camera tip for those uses. Then I hauled a mirrorless kit to the 19,200ft summit of Mt Kilimanjaro and thru the streets of NYC, and.. and… Then I… well you get the picture — I use these things a lot. So between yours truly, my video guru Erik, and my gear editor/research pal Sohail we’ve logged real work to aggregate our thoughts on these lenses with the hope that you get at least 1 or 2 juicy takeaways. The images are Sohail’s since he is more of a gear “tester” — and wrangling thru millions of images to find one of my fav’s with each lens would kill me. So there you have it. And remember a “top anything” list always stirs debate — but that’s welcome and appreciated. Think we’re off by a lens or two? Let us know — and why. Enjoy…

Okay, we’re gonna be up-front about this with you guys: we cheated. If you shoot Micro Four Thirds, you already know that there are a gazillion lenses in this world — far more than most people realize. Throw in adapters and suddenly, that pool more than doubles in size as you can add on Canon and Nikon lenses to the mix as well. So, yeah, we’re cheating. Cause there’s no way I can do just 5 …

We did say we were gonna cheat, right? Well, these three lenses are easily one of the finest lens sets on the Micro Four Thirds platform. Put together, they represent the 35mm, 50mm, and 85mm equivalents on a full-frame sensor. and each one opens wide to an astounding f/0.95. No, that’s not a typo. f/0.95. Which means that most of the complaints about not being able to get good bokeh with MFT cameras are now officially put to rest.

These lenses are superb wide-open, razor sharp when you stop down a bit, and have one extremely neat feature that filmmakers will love. The 17.5mm (35mm equivalent) and the 42.5mm (85mm equivalent) both have aperture rings that can be “de-clicked” with a twist, so you can smoothly go from wide-open to closed-down while shooting video. The 25mm (50mm equivalent) was also recently updated to add the same feature, so if you’re looking to get that one, make sure you get the Mark II version.

While these are manual-focus lenses, they are surprisingly easy to focus, having a smooth, silky action to the focus ring that’s still firm enough to nail focus each time. Without a doubt, these are the best primes on the market for MFT cameras.

Coming in at a close second for our favorite primes on Micro Four Thirds is this new portrait lens from Panasonic. At f/1.2 it is only a hair “slower” than the Voigtlanders, but it adds two key features that the Voigts don’t have: Optical Image Stablization and Autofocus.

Images from this beauty are downright gorgeous; the rolloff from highlight to shadow is actually smoother than the Voigtlander 42.5mm and the image stabilization is good for a few stops. The cons: It’s 50% more expensive than the Voigtlander, AF is kinda pokey, and it’s much larger, physically. If you need the AF and OIS, however, this one’s still a bargain, as equivalent lenses for Canon and Nikon are even more expensive than this one.

The Panasonic 12-35 f/2.8 lens equates to a 24-70mm lens on full-frame cameras. As lenses go, this is the workhorse of the MFT platform, and it adds image stabilization to boot. Video shooters working with the Panasonic GH series love this lens; it’s often the first one they buy when moving the Micro Four Thirds platform.

This lens is one of Panasonic’s “X” series lenses, which means that it’s built to a higher standard that Panny’s other glass. Think of it as the equivalent of Canon’s “L” glass, and in keeping with that moniker, it’s dust- and splash-proof when paired with a GH4, for example.

Optically, this lens is a solid performer. There is some barrel distortion at 12mm, but that’s almost expected. There’s some vignetting at 12mm as well, but again, nothing a quick trip through Lightroom won’t compensate for – if you even notice it in day-to-day shots. It’s also pretty lightweight, despite the addition of image stabilization. If you’re looking for the one lens to buy for your Olympus or Panasonic camera, this would be it.

This is the long portrait lens everyone seems to be lusting after, and with good reason. The Oly 75mm fills in an important gap in the MFT lineup, giving users a razor-sharp long-portrait lens in the 150mm range. The additional focal length lets you compress perspective a bit more and is optically one of the best lenses in the MFT lineup. Looking at a shot taken with a Panasonic GH4 and this lens at 100%, the level of detail it delivers is yummy. Price-wise, it’s not cheap, but it’s not stratospheric either. It retails for $899.

Here’s where we cheat again. The Metabones Speedbooster isn’t a lens, per se, even though it does have an optical element in it. It’s actually an adapter that opens up pretty-much all of Nikon’s lenses to MFT users. From the oldest AiS lenses to modern “G” lenses, this adapter can take them all and bring them to your Oly or Panny. You won’t get autofocus, but you do get manual aperture control, even on the new “G” lenses that don’t have an aperture ring.

Now, if all it did was that, it’d be cool. Maybe not worth the $400 price tag, but still, pretty cool. Except it does more…it slices, it dices, it chops, it mops…. In addition to adapting the lens and making the aperture controllable from the adapter, it also widens the lens and adds up to one full stop of light gathering capability. HUH? Yes. One of the primary complaints from folks who dislike MFT is that there are few wide-angle lenses for it. Panasonic “solved” this problem by introducing a 7-14mm lens (14-28mm equivalent), but now we have yet another solution in the form of the Metabones speed booster. Now, you can take a Sigma 10-20mm lens and adapt it to your Olympus, and instead of it becoming the equivalent of a 20-40mm lens, it’s still a 14.2-28.4mm lens. Metabones changes the crop factor of that sensor from 2x to 1.42x, making that Sigma actually wider on your MFT body than it would be on, say, a D7100. Throw in the additional light-gathering capability and you have an adapter that’s more than worth the $400 price tag.

Every time you turn around, there seems to be a new mirrorless platform is emerging. Nikon and Canon finally both kicked off their mirrorless camera production, and Fuji, Leica, and Sony now have their own bodies in the mix. Soooo…. we decided to take a look at a few of lenses that stood out to us on these platforms. Enter…

A new high-speed portrait lens for Fuji’s fledgling X-mount mirrorless cameras, this lens is perhaps one of the largest primes Fuji has made yet. Even wide-open, it’s plenty sharp, and has bokeh that will leave you bokeh nerds salivating. AF is a bit slow (argh), but that’s almost to be expected from this class of lens, I think.

One of the few new lenses announced for the Sony full-frame mirrorless cameras such as the A7r and the A7s, the Zeiss-branded 55mm f/1.8 is an odd duck. Sohail used it on an A7r and reported reasonably favorable results for sharpness and general optical quality. That could, he also noted, just be the A7r’s 36MP sensor, however, and he did note that the AF was (again!) pretty slow on it. Again – that could just be the camera itself, as the FEs are a bit slow to focus in general.

Boom! This concludes our Lenstopia series. It’s been a hoot going through all of these systems. We bleed for you. All the links to Adorama will give you tons of product detail, price, etc. If you want to rent instead of buy, our pals at www.borrowlenses.com also rent a bunch of these lenses and will ship them direct to you. Huge thanks to both those fantastic companies for getting us all the gear we don’t already own, and some we do. Both of these companies are really lovely.

Big shoutout to Sohail, Erik, and the other gear support crew who have generally put up with being told to go test all of these lenses with (pretty) good humor. If you’ve got lenses for the MFT or other mirrorless platforms you think we should’ve mentioned, please, sound off below. Otherwise, get out and make/take some damn pictures. 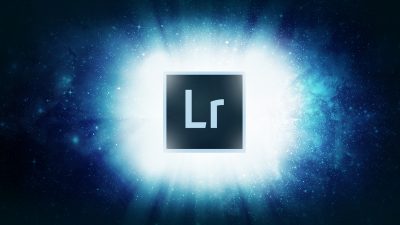 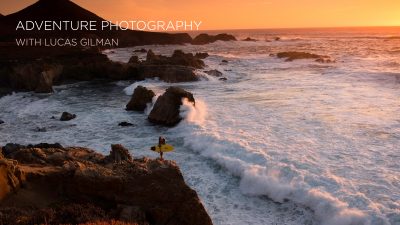