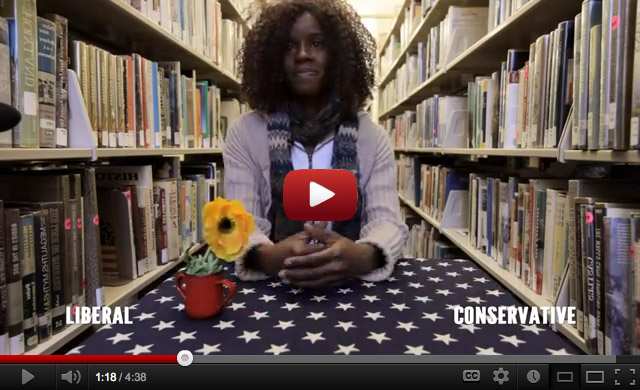 Got Politics? Bring it to the Table!

Do you talk politics at your table?

Left or right, red or blue, conservative or progressive – it is that time again. The Presidential election is upon us. For the next five months, leading up to November 6, 2012, political imagery will capture the attention of America and beyond.

The photography will be ubiquitous. And the films, ads, and speeches, will flood our airwaves, tvs and tablets. The pundits will express their impassioned points of view. Some people love it. But these days, many people seem to cringe at the very word: “politics.” Either way, this time period never fails to create some strong and iconic imagery. Click through some of the tabs above to see photos from the last nine presidential elections and beyond.

Everyone knows the saying, “Dont talk politics or religion at the dinner table.” The assumption being that it could lead to unpleasant conversation. Indeed people’s values are often rooted in beliefs that will not likely change…at least not before dessert is served. In fact, there is fear that these topics could create an uncomfortable situation. It’s just safer to talk about the weather, sports or the latest movie… and say, “Yup, that’s some crazy [rain, homerun, special effects]…please pass the sweet-potatoes.”

Talking Eyes Media, a non-profit founded by husband and wife Julie Winokur and award-winning photojournalist Ed Kashi, launched a Kickstarter campaign back in May to challenge this premise of keeping your mouth-shut-when-it-comes-to-politics. Their vision, “Bring it to the Table” was funded and they have taken the project on the road to invite people of all opinions to an open dialogue around poltics. The Bring it to the Table website explains:

Democracy is founded on robust dialogue, but somewhere along the line, politics replaced sex as the one thing in America we don’t discuss in mixed company – even amongst friends and family.
Bring it to the Table is a participatory online platform, community engagement campaign, and webisode series aimed at bridging political divides and elevating the national conversation. The project is for those who are tired of hyper-partisanship.

On the eve of America’s 236th birthday (July 4th for those of you tuning in from outside of USA) – what could be more patriotic than creating a more open dialogue?

You can help Bring it to the Table by donating here and check out their Tumblr here.