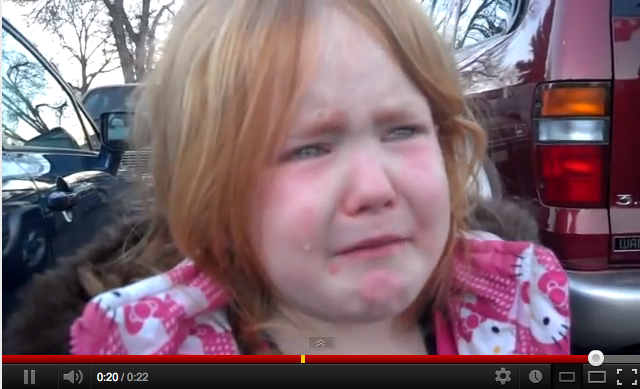 Hi everybody — Jerard here with a guest blog post on election day in the USA! I sincerely hope you are voting today.

Many people are ready for this election to be over. And after today, hopefully without legal turmoil, it will be. It’s so easy to get disillusioned and discouraged by elections. The video above has been circulating the internet since last week and it struck a nerve with millions of people. A 4-year-old Colorado girl is crying to her mother because she’s “tired of Bronco Bama and Mitt Romney.” Abby is expressing how so many people feel. After months and months of posturing, advertising, stumping, speaching and generally blasting the world with the business-end of their political-winded pie-holes…we’re all a bit worn out by “Bronco Obama and Mitt Romney”.

But as an American, the Presidential election that goes down every 4 years is one of the times I actually feel most proud of our process. “WHAT?!” You might say, “Are you crazy? We all feel like Abby or worse!” So why do I feel proud of the process?

Because when I think about world history, and even current history in many parts of the world, the fact that we have a peaceful transfer of power is a beautiful thing. Yes – the election process is painful (just ask little Abby) – but there something admirable in our process here. Around the the world, millions have fought and died to preserve the right to vote. Men and women have marched and suffered countless indignities just so they can vote without persecution. People from across the world have come to America because they would rather live in a land that lets them participate in a process that provides some say in how they are to be ruled. It is by no means a perfect system. But today, the right to vote is worthy of celebrating by participating.

The scene of President-elect Barak Obama meeting President George Bush at the front door of the White House before the 2009 inauguration is one that has stuck with me. Two men and their wives greeting one another with smiles. All of them with very different views on how things should be done. In that moment, they greeted each other as countrymen. Call me patriotic or a sucker for a photo op – but it stuck with me. This tradition of the President-elect first meeting the outgoing President at the White House for a short meeting and then traveling from the White House together to the Capitol for the ceremony is over 100 years old. It began in 1877, with the inauguration of Rutherford B. Hayes. No bloodshed. No fighting (maybe some legal wrangling – eg: Bush-Gore 2000). Just the outgoing President handing the keys to the country to the new guy (hopefully someday a new gal) and saying, “Good luck. She’s all yours.” A nation of more than 300,000,000 people, the world’s largest economy and the world’s largest military moves from one elected leader to the next with ceremony, some level of civility and respect. Photo ops or not – the fact that Presidents from the 1970s to present gather to be in the same photo, despite massive differences in policy, beliefs and ultimately actions, is a testament to our process of a peaceful transition of power. And it starts with our right to vote. 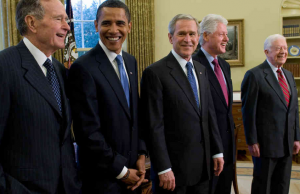 So go do it. Whatever it takes. Whatever your politics. It’s worth waiting in line and braving any inconvenience to participate and exercise your right to vote.