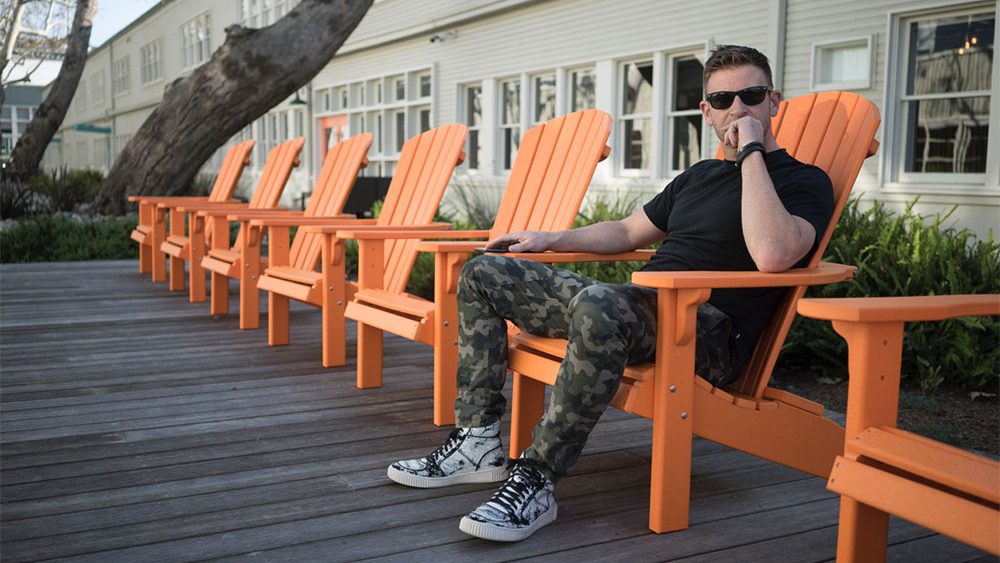 Focus on community, not floorplans 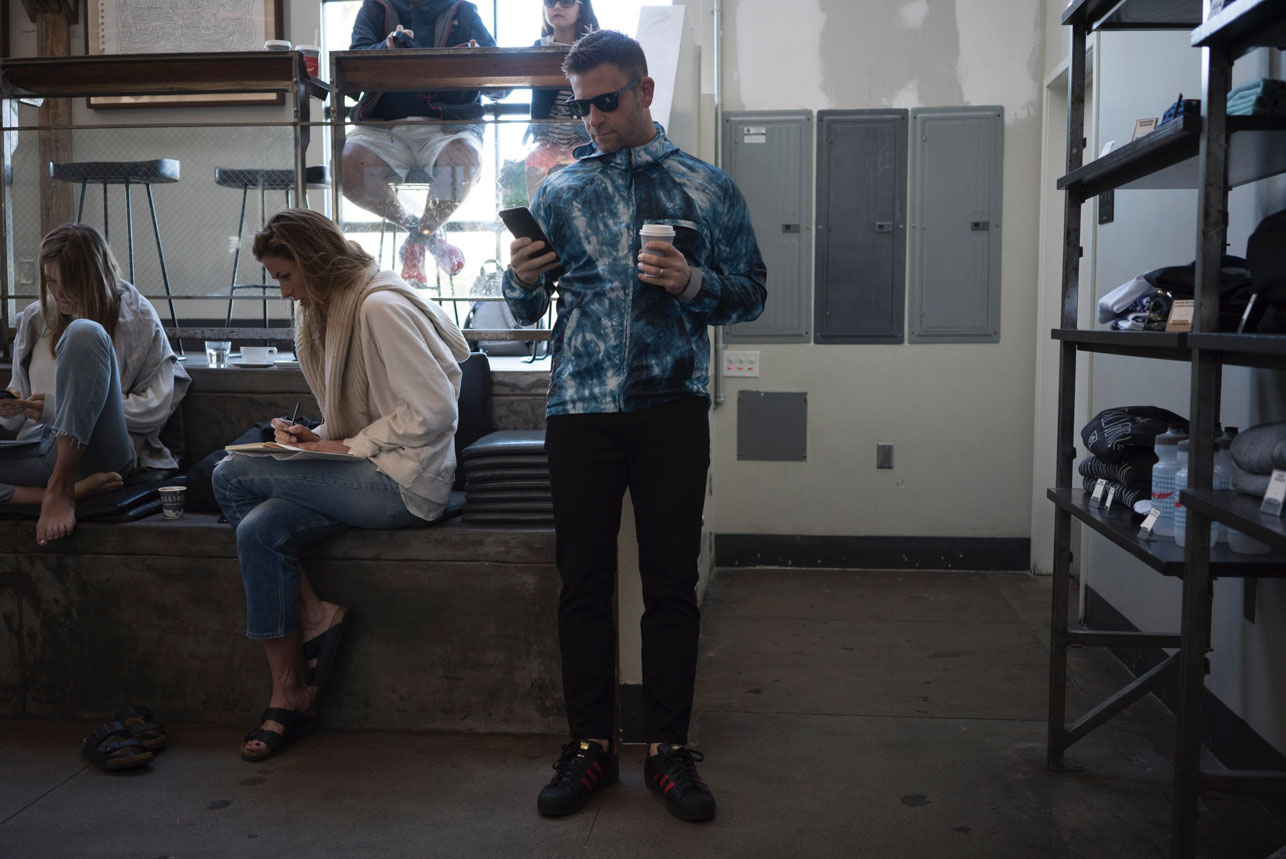 We’ve been on a quest for the “perfect” workspace for nearly a century, with various design paradigms going in and out of vogue like bellbottoms, skinny ties and acid wash jeans. And while the design and location of the physical workspace certainly has an impact, I’d like to suggest that it’s a bit of a red herring – that when it comes to unlocking innovation and creativity, there’s something else far more important.

The magic ingredient is…

Many of the most transformational, groundbreaking ideas, companies and art have come from the most humble, ostensibly “uninspiring” surroundings: Rick Rubin co-founded the iconic record label Def Jam from a cramped dorm room, and HP – one of Silicon Valley’s defining companies that paved the way for Google, Apple, Facebook et al – began in a shabby garage, and some kids jamming in a sweaty basement right now are creating the future of music.

What this reveals is a simple but important concept: creativity and innovation can and do happen anywhere. And the magic ingredient isn’t a perfectly designed floorplan or the right furniture, it’s passionate people coming together to create something great.

What matters isn’t the place, it’s the people IN the place

Put simply, the best workplace isn’t the one with the most carefully architected floorplan or artfully curated furniture, it’s anywhere that serves at the hub for a vibrant community of humans working together. Whether it’s a grimy warehouse or a penthouse suite is secondary – I’ve had equally great, breakthrough work sessions in both and the truth is that when you’re truly absorbed in the work, your surroundings melt away into a trivial detail.

Because what matters isn’t the place, it’s the people IN the place– and there are several implications for you as an entrepreneur, FTE or leader trying to drive innovation in your organization.

Focus on what matters: Connecting humans

The reason why we keep redefining our notion of “office design” is because – quite simply – the exercise itself misses the point, and therefore keeps coming short of its goal. The idea that somehow rearranging the furniture is the thing which will ignite a team’s creative potential is, well, fiction.

Sure, a cool workspace is nice to have, and if you’ve got the resources to upgrade then by all means do so – but recognize that the real catalyst for transformational, gamechanging moments is the PEOPLE.

And therefore, your focus must be on building connections between great people – not what kind of chairs to put in the conference room or what brand of espresso machine to buy.

Some of you are probably saying, “But Chase, you don’t get it — we’re creating this beautiful, decked out office space to do exactly that. Every inch of this space – from the chill-out rooms to the competition-grade ping-pong tables – is designed to facilitate collaboration.”

Yes.  I do understand.  I like nice things too and an inspiring space has plenty of nice-to-have benefits.

Every hour spent on picking out chairs and figuring out where to put the ping-pong table is an hour not spent on the REAL opportunity, which is bringing people together

But here’s the cold hard truth: great people are passionate about collaborating with other great people to solve challenging, meaningful problems. Whether they’re doing that while sitting in a posh conference room with designer chairs or over a pizza and some beers while scribbling ideas on a whiteboard scrounged out of a trash pile is entirely secondary to them.

And if someone is more interested in what kind of chair they’ll get than the nature of the work they’ll be doing – if they’ll only work for you given a sufficiently posh workspace – well, what does that tell you about that person and the value they’ll add to your team?

And reality is that there is an opportunity cost to focusing on distractions. Every hour spent on picking out chairs and figuring out where to put the ping-pong table is an hour not spent on the REAL opportunity, which is bringing people together.

With that in mind, you can lean into this with a small but important shift in paradigm.

Thinking of your workspace as a floorplan is myopic – instead, ask yourself how you can create a space that adds to the community.

Step one is engaging with what’s happening around you– simply plug into what’s already there. Show the community that you’re present and that you care. If you’re a design studio, consider hosting events for organizations like AIGA and IDSA. If you’re a tech startup, volunteer to host a developer’s meetup. Hang work from local artists. Have bands play on Friday nights… Host authors when they come through on book tours… you get the idea. There’s no precise formula for this, the point is simply to engage with the community in whatever way feels right for you.

I want to be clear: this does NOT mean you have to get expensive office space in the coolest neighborhood of a big city. That’s certainly one option and oftentimes a good one, but it’s by no means the only path.

The most beautiful studio/office in the world is just a bunch of wood, metal and glass – it doesn’t actually do anything on its own

If you can’t or don’t want to be where the action is, make your own action — carve out your own little corner of the world and build a community from the ground up. Yes, it’s a little harder to build something from scratch – but ultimately the rewards are arguably even greater than plugging into an already-mature community. Much like a business, the earlier you get in and the more you build it, the more ownership you have and the greater the returns will be in the longer term.

As an example from my own career as a photographer, I hosted a series of events called Songs For Eating And Drinking where I brought together a select group of insanely talented musician friends to share food and music.  We gathered musicians from mega-bands and solo emerging hip hop artists together in gritty warehouses and artist lofts to exchange songs for simple meals– absolutely no frills or fancy stuff, just creators creating and sharing a dinner together. But what mattered – what made it such an invigorating, inspiring experience – was the amazing energy that came from putting all these people in the same space. The space itself was temporary, but the ties created were long-lasting – many of these people remain my most trusted collaborators and partners.

I’m not suggesting that every workspace should be some austere or run-down shell — as I said before, if you have the means to build out a beautiful and inspiring workspace then by all means do so.

But we also balance that against the vital need to focus our most precious resources (time and energy) on the things that matter most – and an hour spent picking out chairs is an hour not spent on building community.

Ultimately, my point is this: The most beautiful studio/office in the world is just a bunch of wood, metal and glass – it doesn’t actually do anything on its own. It’s the people inside it that make it special – and the electricity that comes from their collective passion – and therefore that’s where we must focus in order to spur innovation, creativity and give birth to great things.

Create a workspace that’s a focal point of a vibrant, dynamic community. Don’t let yourself get lost in the weeds of floorplans and furniture. 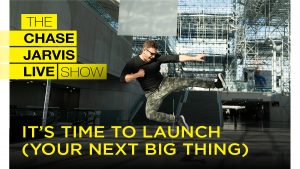 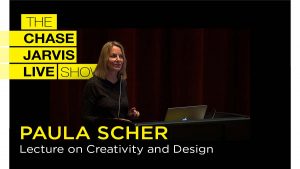 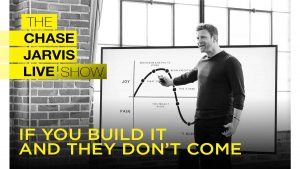 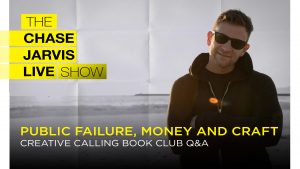 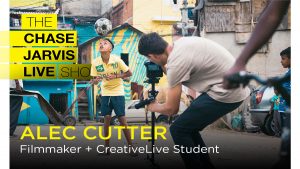 A portfolio is worth 1000 cold emails with Alec Cutter