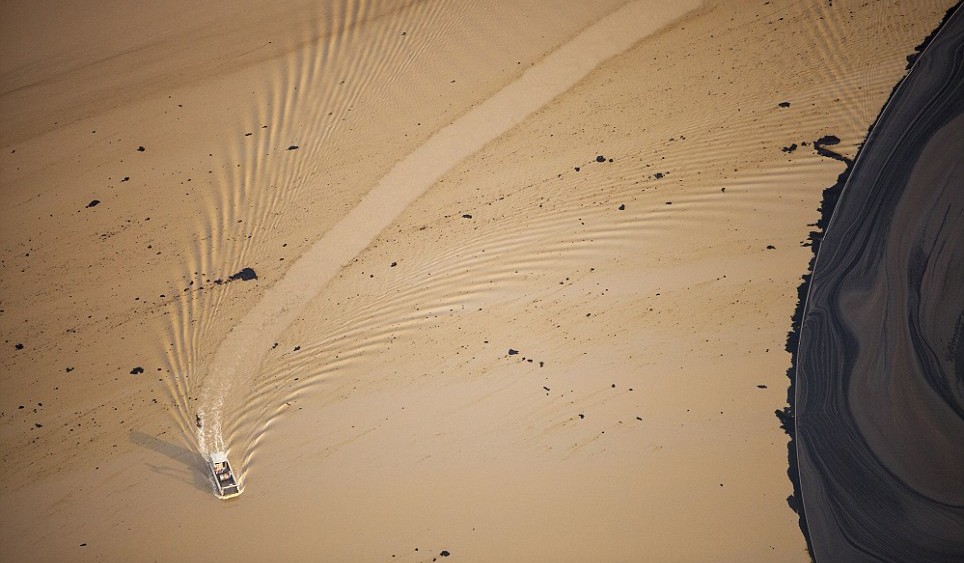 Even as I write that title, I cringe. To call the destruction of a once lush wilderness “beautiful” is to walk the line between neutrality and complicity. And to be clear, I am neither.

The Tar Sands project in Alberta has claimed 141,000 square kilometers of Alberta, Canada, and turned forest into a toxic landscape of oily ponds and scarred earth that stretches to the horizon.

Climate change photographer Ashley Cooper documented the Tar Sands project in a recently-published collection of images that have put an ugly face to the household name. Check out the gallery above for Cooper’s candid look at the Tar Sands.

Do we dare call Cooper’s work beautiful? Decades ago director Godfrey Reggio shot a film called “Koyaanisqatsi” [Hopi for “Life out of Balance”], which depicted a man-made world gone mad with development and expansion at the expense of the Earth. It was as beautiful as it was cautionary and terrifying, and it compelled critics to describe it as “breathtaking” and “music for the eyes.”

In this instance, we can probably assume that outrage and impetus are the principle reactions desired by photographer.

Whatever Cooper’s intentions, he certainly left little mystery as to the real goings-on up there in Alberta.