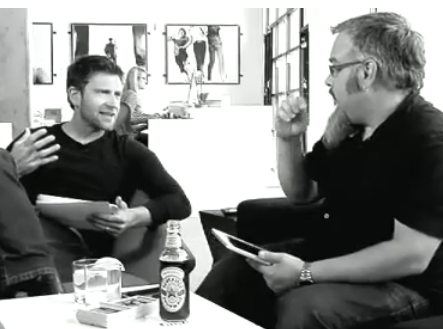 I recently got a flood of questions via Twitter asking about developing a personal photographic style, which made me think about a million conversations I’ve had with my photographer buddies over the years… And I was wishing I had recorded those. And then I remembered that I DID have one that I recorded from an old chasejarvis LIVE with my pal Zack Arias. He’s a fun guy, great shooter and very talented photography instructor. Here’s a few nuggets from our banter (plucked from the middle of the conversation and transcribed…) about developing personal photographic style…

CJ: Tell me the first time you realized that you actually had a style. Because for me, I can’t believe that you can take pictures for as long as it took me to take pictures before I actually could say that I have a style. Do you remember when that moment was for you?

ZA: I’d say it was probably just a couple of years ago. I’ve been pursuing this… If I count going to school and assisting and managing a studio, and trying to get my freelance career going, and then failing miserably, and then restarting it, that’s been about fifteen years. And I’d say…

CJ: Is that where the gray came from?

ZA: Yeah. That’s where the gray and all the kids, one of which you can hear in the background. Hawk is in the audience here. I guess in just the last couple of years I could finally sort of sit back and go, huh, this is what I do and this is how I do it and this is how I approach photography and this is kind of my style.

CJ: But it took a long time.

ZA: Yeah. Style is something that takes a long, long, long time and it takes; really, what it takes is shooting and just doing it over and over and over. It has to just develop and you can think you’re sort of on like when I started in photography, I thought I knew where I was going with my photography and how I would shoot. But that changed and I’d go down a different route and that would change and even just as last year, I was trying to break out of how I shoot things, do things differently and what I found that was most successful was just to go back to doing what I do and just kind of sticking with it. Every year, I seem to try to push my style and every year I fail pretty miserably doing that.  And it’s just one of those I need to learn slowly and just slowly move forward.

CJ: If you try and develop a style from your living room, it’s unlikely that you’re going to and a lot of people, like, oh, when do you know when you got a style? You don’t know until you look back six months or a year or two years and say, oh, wow.

ZA: Or ten years or a decade. And at the beginning, you’re usually kind of replicating someone else’s style.

CJ: Right and imitation, that’s a great way of learning.

ZA: And that’s part of it. I replicated all the magazine photographers that I followed. I went out and shot just like them. I learned how they did it, but I had to get moving on from that….

If you want more, the entire video conversation is here.