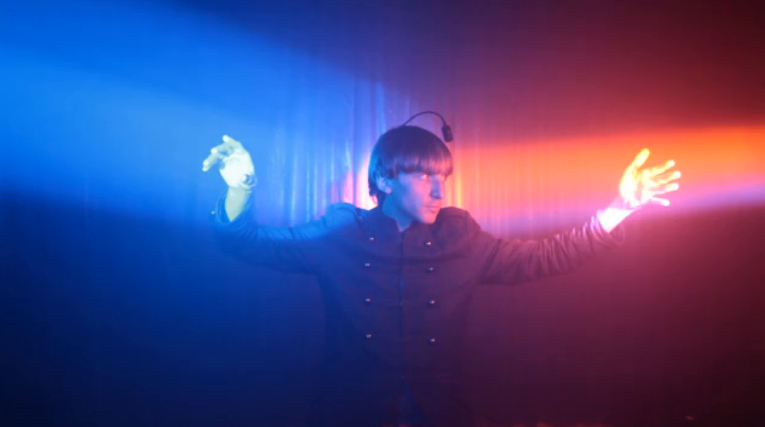 GE’s Focus Forward films are 3-minute documentaries featuring some the world’s most exceptional and innovative people presenting their ideas and inventions. Each year the project awards $200,000 to winners of the Filmmaker Competition, many of which have their 3-minute films premiered at Sundance. You’re gonna wanna take a few minutes and enjoy one or two of these.

As an example — in the Grand Prize winning film — Neil Harbisson, who was born with achromatopsia (a rare condition that causes complete color blindness) works with another inventor to create the “eyeborg,” an invention that translates color into sound. He wears this device on his head and it literally scans the world for color and transforms it into musical notes through a pair of earbuds. He is considered the first recognized cyborg in the world. I’d say director Rafel Duran Torrent nailed it. [Best line from the winning film: “It is very human to modify one’s body with human creations.”]

I’ve included the other four winners below. Certainly GE is aiming to connect the dots… their brand + innovation … but kudos to them for supporting supporting filmmakers to do it, and for rewarding them handsomely in the process.