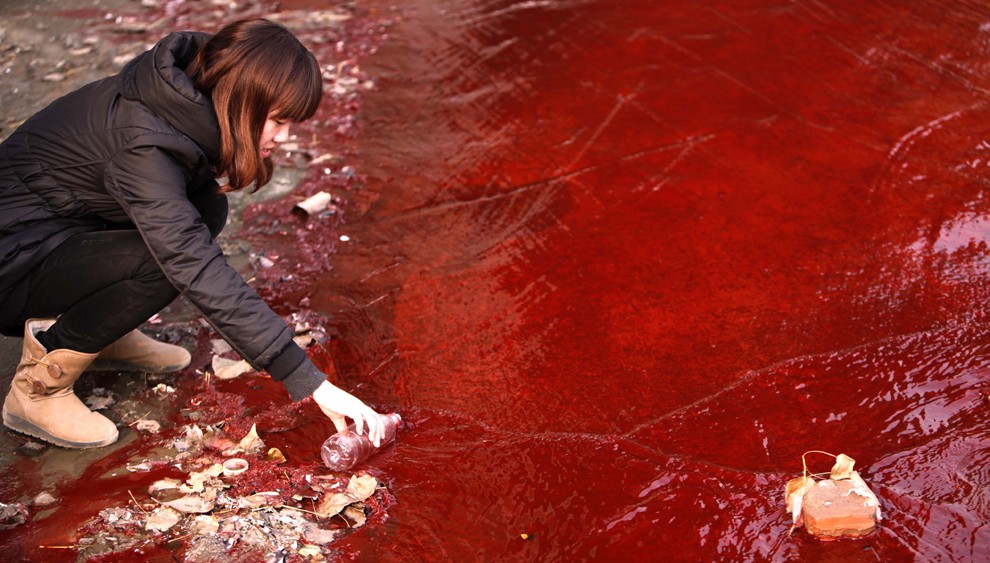 A guide climbs inside the Niah Great Cave at Niah National Park in the Malaysian state of Sarawak on Borneo Island on March 29, 2012. Niah Caves contain the oldest remains of Homo sapiens found in Borneo, and feature the world’s largest limestone cave entrance as well as ancient rock paintings. Studies published recently have shown evidence of the first human activity at the Niah caves from ca. 46,000 to ca. 34,000 years ago. (David Loh/Reuters)