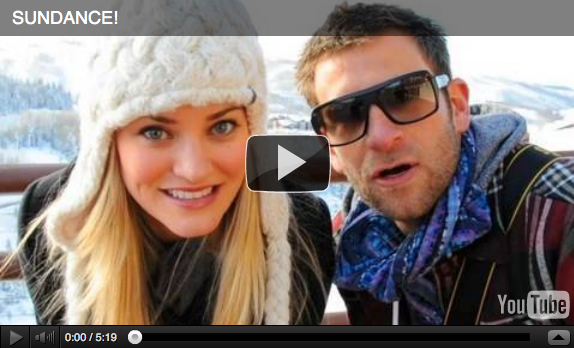 Boom! Huge congrats to Marko Slavnik for taking home the $100,000 Nikon Festival prize for his short film “Chicken vs. Penguin”. I was lucky enough to speak with him by phone from the Sundance Film Festival yesterday to congratulate him–what a great guy. Humble, hardworking and knows how to tell a good story on film. When I asked him what he planned to do with the mooolah, his response was exactly what I’d hoped to hear. First and foremost, he plans to repay all the people who volunteered and supported his efforts to make the short. Second, he plans to stuff the rest of the dough right where you’d want a talented filmmaker like himself to put it: into his next movie. The balance of his winnings should allow him to create what he wants to do on his terms. Everybody, please give it up for Marko. Mad respect.

Boom Boom!! Much respect to the winner of YOUR choosing too. Audience choice–leading in votes and views–was Josh Friedberg for his film “New York State of Mind”, a series of gorgeous visuals of his favorite city in the world. As a former owner and founder of 411 video magazine, a video skate zine based out of southern California that he sold and subsequently folded. I learned from Josh that he intends to put most of his winnings back into the skateboarding community that has given him so much as an artist by using the money to revive the 411 video mag as a platform for himself and others to explore video and skateboarding. So cool.

It was an honor and a treat working with my two newest pals and co-judges @ijustine and @rainnwilson. Our task was not an easy one, weeding over 1000 films down to 1 winner. Mad respect to Nikon for allowing this to be open to all formats, for providing expressly meaningful prizes (ie, not just gear, but CASH and gear), and for encourage filmmaking in general, not just their brand. AND here’s to hoping Nikon believes in this enough to give us the Nikon Festival 2.0 next year. Thanks again to everyone who participated. Thanks to B&H for the D3s hookup for the festival. And overall, it was truly an inspiration to watch all this come together. Both Winner’s vids after the jump – click ‘continue reading’. Check them out. Love to hear your thoughts.

and the audience award worth $25,000 goes to….
New York State of Mind by Josh Friedberg