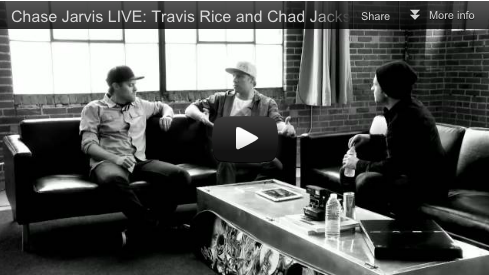 You’ve heard me say it before – don’t sink all your effort into being incrementally better. Instead be DIFFERENT. Be BOLD.

This episode of chasejarvisLIVE was focused specifically on this simple idea. And my special guests for this episode epitomize this ‘different’ and ‘bold’ mantra as well as anyone I know. Like all of my guests, these guys aren’t ensconced in the “this is how it is” photo industry – they’re innovators from a parallel universe….

Yes, Travis Rice is the best snowboarder in the world. But what makes him the subject of this #cjLIVE is not really his skill. It’s that he is an innovator, a risk taker, a visionary the star of the most progressive action sports film ever made (The Art of Flight). He’s a bold and creative leader in his crowded and noisy industry.

Some take-aways from this show:
_be bold – as in snowboarding risk is a part of the game
_be different – build your own way down the mountain -as Travis did with SuperNatural)
_get used to hearing “no” when they say your idea is “crazy”… you’re probably on the right path
_protect what you believe in– know when to be the one saying “no”to opportunities that are not the right fit.
_life is long– the amount of things you can create, learn and share in a lifetime is massive.

Analogously, Chad Jackson hails from Brain Farm Digital Cinema. He and his partner Curt Morgan are the makers of the most innovative, high caliber and DIFFERENT action sports films in the world (eg. The Art of Flight). By using unique techniques and special cameras (like the phantom), leveraging relationships and their special vision, they have broken away from the old action sports film paradigm to set a new bar, a different bar.

It was an enlightening experience speaking with Travis and Chad. Enjoy the re-watch. 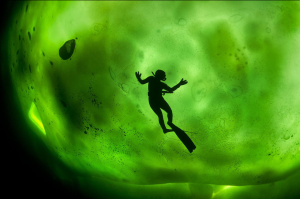