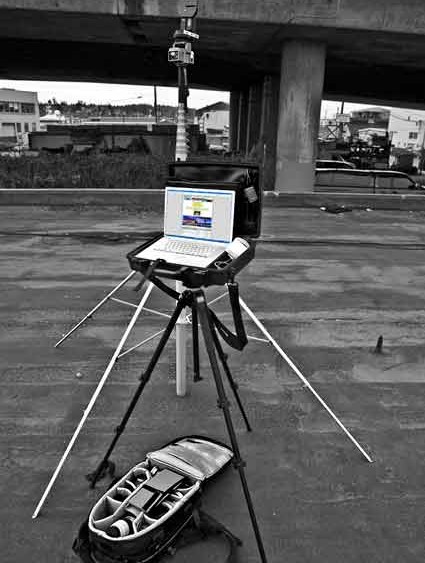 If you’ve been tuned in for a while, you’re no doubt up to speed on our DIY Badass Laptop Case. Rumors flew around photography circles that the only thing it didn’t have was missile launchers. Well, that little video just had its one year anniversary last week and it’s still getting tons of traffic, comments and–my favorite part–proposed modifications. The most recent such modification that deserves mention is really simple and very useful and it comes to us from Seattle-based (woot woot!) aerial landscape specialist Tabb Firchau. 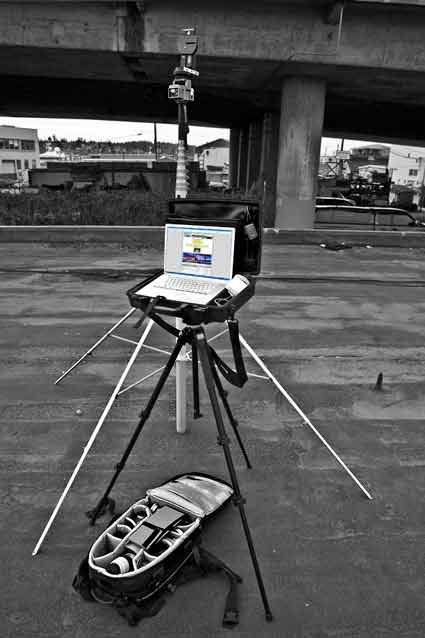 Seems that Tabb got tired of bending over to mess with his laptop and so he whipped up a simple little plan to mount this puppy to a tripod without sacrificing the waterproof aspects of the case. $38 bucks for the platform. Add some industrial Velcro and you’re set. You’re on your own for tracking down the Velcro.

Thanks Tabb – we’re putting this mod to use for sure, and I promise it’s not just because you sent me this cool, navigable Quicktime VR of the park that our Seattle studio overlooks (grab the image below with a click and drag):
BTW, make time to visit Tabb’s site to check out the images and video he can make from his remote control helicopter. I was blown away.

Lastly, as many of you surmised from a snapshot that sneaked into an earlier post, we’re working with another DIY iteration of the case and would love to learn from what you’re doing and thinking. So, if you’ve by chance tricked out your laptop case or done some thinking about it, do share in the comments below.

[OR if you don’t have time to make your own silly little case, the smart folks at Tidy Pixels have done a mack daddy version all for you called the Mk7. Indeed it looks very familiar, but unlike the one we pioneered in 2006 this one comes fully loaded, and with some style too. I never would have started an entire company around the the tricked out laptop idea, but I’m glad someone did. Who wouldn’t love to have one or two of those!]