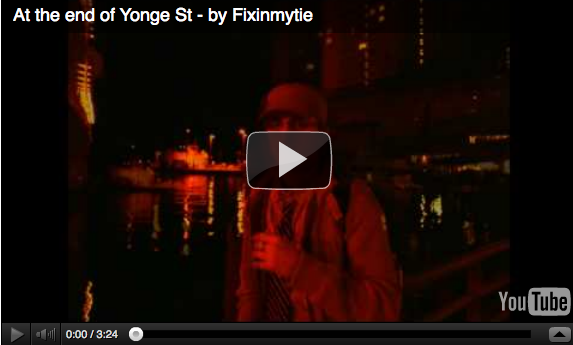 There Are No Excuses

But there really are no excuses. Just make something and share it. You could make something in a day, just like these guys made this video. Or that thing, or that other thing. No excuses. These 2 guys had a wonderful, simple curiosity about a street in their home city of Toronto. So they explored it. They took a day and they made something.

It’s not any ONE thing we do. We might make a splash with something, but that is short lived. Just like I don’t get to know you through a first introduction at a party. Or via a single tweet, for example. I get to know about you through lots of interactions or the sum of your twitter stream. It’s the collection of our work–the repeat cycle of making things and sending them out into the word–that helps us illustrate who we are, what we stand for, where we’re going and why.