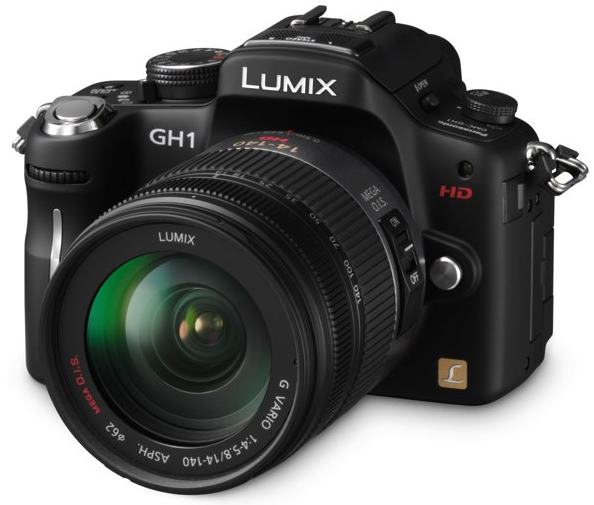 In case you blinked and missed it, Panasonic has joined the Video dSLR game with Nikon and Canon with the announcement of their new Lumix GH1, to be released end of May.

_HD footage with autofocus. Personally, I have really developed an appreciation for the manual aspects of the Nikon D90 and the Canon 5d, but I can see why the general (read: non-pro/advanced-am, photo-crazed) population will appreciate this.

_a “multi-aspect”sensor. Short version of explaining this is that you can change aspect ratio’s (eg to 16×9) without losing resolution from the chip.

_an electronic viewfinder. That is, when you pop your eyeball up to the viewfinder, you see an electronic image, sorta like you’re looking at the back of the camera…. Ok for video, but I’m dubious of this from the still photo end of things. Could take some getting used to.

Pogue really liked it here and here. Gizmodo got to play with it. Engadget’s got it. And Philip Bloom put it through it’s paces. Generally this industry is moving along as expected. More of these cameras–from more manufactures–will continue to pop up.

Personally, in just digging around their launch materials, I found most of the camera stuff to be expected. But, did stumble on a slow motion test that Bloom had performed. ‘Twas actually the most interesting to me.

When I want to shoot something overcranked (think “slow motion” — slang for more frames per second in capture so the video appears slowed when played back at traditional fps rates), I’ve defaulted to the shooting with the big-boy toys, the REDone or the Phantom HD. Since those are largely inaccessible to non-pros, Bloom’s tests for turning 50 and 60p into slow motion using FCP Cinema Tools, look passable for the most basic slow motion stuff considering it’s out of a video dSLR. Could bring some slower motion 720p to the masses, which is pretty cool.

Any surprises or opinions as far as you’re concerned?