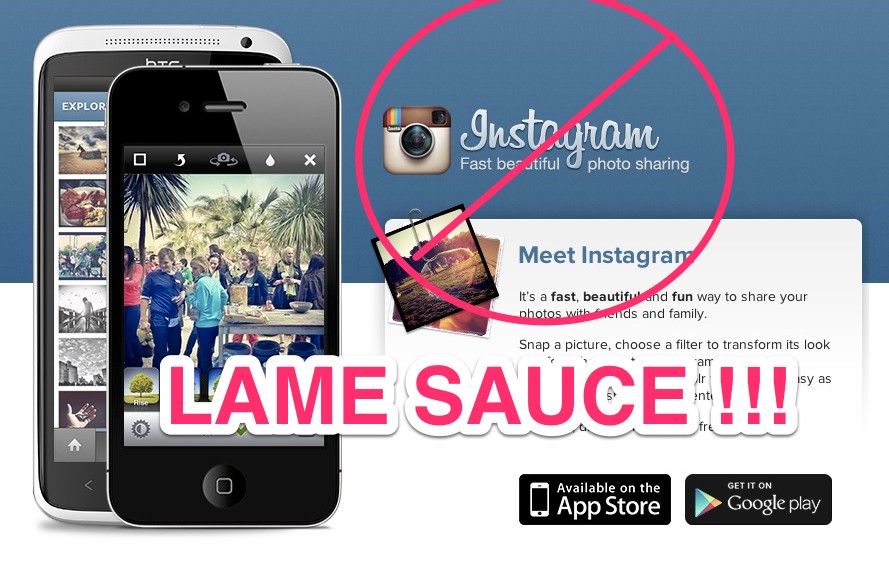 ANOTHER UPDATE 12/19: today Instagram did a much better job in the media explaining their position – specifically around not “selling” your images as in “here ya go company X, use this in your next billboard”. As an artist & entrepreneur, having been involved in IP licensing all my professional career and navigated these waters before…as such I think I understand their challenge better than most. The legalese required around IP creators (in this case photographers using the platform ) in a social sharing environment is tricky and has some specific requirements and often positions such a service in an unintended light. Clearly IG wants to make money in/around your photos – they’re a business. But without getting in the weeds on that, the key point they articulated more clearly today is their lack of intent to outright “sell” images. That’s not their game – at least not yet. I’d guess those inside the org are trying to position the widest possible array of future revenue streams so that they don’t have to change the ToC much in the future as these things always create a shitstorm for the social sites and they can’t do that without going to great lengths to explain this to their community. There are still open issues that many creators will take up with such ToC (as there are in Fbook for example), so there is still work on their part to be done, but there is likely a future where the words in the ToC can better capture the ground between Instagram and it’s users. TBD.
___
UPDATE 3:00pm Pacific Time 12/18: Instagram has rescinded its position. I applaud them. I hope what comes back (and it will) will be better, and more in accordance with the community they created in the first place. Check out co-founder statement here.
_______

NEWS: You might remember the well-known mobile phone app Instagram made big news a few months back when it was acquired by Facebook (FB) for $1 billion. Instagram is back in the news today, especially…ahem…with creatives and photographers, with an update to its terms of service that will let the company sell users’ photos to other companies.

The new terms of use (below for your reference), effective January 16, have many changes — but the biggest changes came in the section about users’ rights. “A business or other entity may pay” Instagram to display users’ photos and other details “in connection with paid or sponsored content or promotions, without any compensation to you.”

Users can’t opt out of the new provisions. The only way to avoid them is to delete your Instagram account.

This is a rather effing ginormous change in the terms. The current terms simply note that “Instagram may place such advertising and promotions on the Instagram Services or on, about, or in conjunction with your Content.” The new terms make it a “sub-licensable” agreement, with an updated emphasis seemingly focused on Instagram’s ability give content to third parties. In addition, users waive their rights to a class-action lawsuit or class-wide arbitration. A note at the top of the new terms, in bolded caps, says that any dispute between Instagram and a user “will be resolved by binding, individual arbitration,” unless the user opts out of the provision in writing. (If you want to do that, you need to snail mail in your opt-out statement. The address is buried in the Terms of Use: search for “Arbitration Opt-out.”)

ANALYSIS: Instagram is blowing it hard on both the WHAT (selling out your images with no profit to you) and the HOW…by changing the ToC to gobble up your imagery bound to by using the service after allowing users to build up huge followings and large libraries of imagery. Lame sauce and an assault on your work.

Let’s call it what it is… this idea isn’t new, it’s just a shitty way – the shittiest way – of going about monetization. In truth, I had plans to allow photographers to opt into a sales program as a source of income for photogs if they so desired back in 2009 when I launched Best Camera app, the first photo app to share images direct to social networks (top 20 App of 2009 – Wired, NYTimes, Macworld, etc), but there were key differences then…the same key differences that, if I were in charge of Instagram’s ToC (and what I had in my roadmap for Best Camera before it was derailed), could make/have made a huge benefit for photographers. Here’s a different approach that would be acceptable

1. Make the program an opt in program. Check a box in your user settings that says “this image can be sold (or x’d or y’d whatever)”, with some legal jargon, and have only those images be available in the marketplace. Make it image specific. For the people who want to manage that – who want to earn money – this won’t be a burden. For those who don’t want to play, it’ snot an issue.

2. Assuming #1 above, then split the revenue with the photographer. As the creator, you should own the right to exploit the work you create. A simple rev share would generate tons of dough and be perceived as a win for photography, not an attack on it by a multi billion dollar company.

There are just two things that could have changed today’s news into a huge win . And FWIW, there are 100 other ways to monetize their platform that could be a win for content creators instead of an assault. If they need help, Kevin (founder), just give me a ring. I’ll help outline some alt options for you.

I’m flattered that not so long ago Instagram was a lift and stamp copy of Best Camera. I had my reasons for letting BC go that way and I think they did a marvelous job of executing – better than I ever could have done, especially without giving up my career as an artist. I love the results of what they’ve been able to build, almost flawlessly to date, a massive global community creating photos! But let’s face it. Instagram was a silicon valley startup on its second pivot (translation: tap into something hot right now and try to make it happen to get your investors money back…which they did). They saw market opportunity, not photography. The founders are nice guys (we have lots of the same friends) who certainly “like” photography, but they are not photographers, and they don’t have the sensitivities IMHO required to navigate the creators’ landscape (or if they have them, we have’t seen them yet…). I hope they can recover. For them, for you. I actually think they CAN recover. These guys are super smart and I’ll be in support of them if they can change and adapt to what the world wants – fair terms. But… For now, I recommend that those of you on the platform let them know that this isn’t cool.