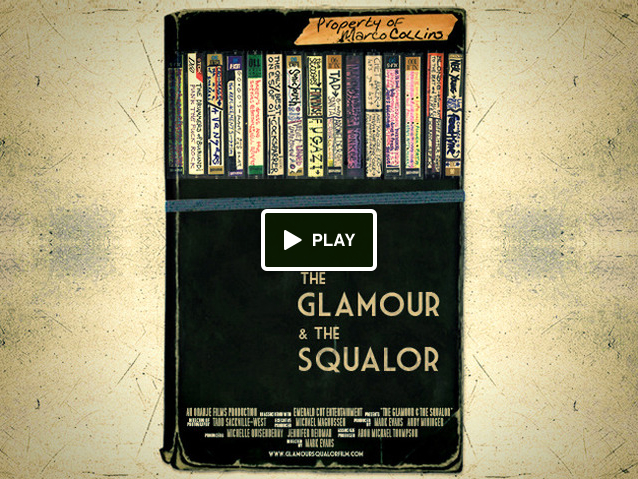 Before the Internet made sourcing new music and rising bands a simple matter of keystrokes, bookmarks and RSS feeds, there was the radio DJ. Those with an insatiable thirst for the fresh and undiscovered relied on the savvy DJ with the right connections to feed us a steady diet of the up and coming, the unsigned, the ones-to-keep-an-eye-on.

For the unsigned and undiscovered, it was said DJ who provided the air time, created the buzz and could ultimately set the stage for stardom. Or at least greater notoriety.

One DJ who epitomized this role was Seattle’s Marco Collins, a local legend whose work on 107.7 The End helped propel the careers of notables like Weezer, Beck, Deathcab for Cutie and The Prodigy. And that’s just using the fingers on one hand. As Chris Ballew of Presidents of the United States of America puts it: “He was the on/off switch for your potential career.”

Such is the story behind Marco’s rise (he’s in the Rock & Roll Hall of Fame as a DJ) and fall (battles with addiction) that Seattle-based director/producer Mark Evans & his team have set out to create a documentary on the man, which they’re calling The Glamour & The Squalor. They’ve interviewed 32 people for the film but need a little help rounding out the interviews and editing down the footage and archival material.

Marco’s story deserves to be told. He turned his passion for new music into a career and he battled some seriously determined demons along the way. And he’s still standing.

Check out the Kickstarter video for The Glamour & The Squalor above. If you are keen to help see this project through to the end, donate here.