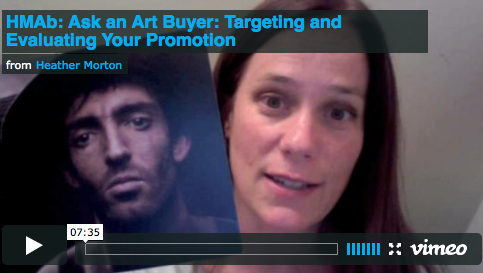 How to promote your work and get noticed as a photographer is one of the more popular questions I get asked on an almost daily basis. I’ll certainly be chiming in on this topic over the next few weeks as we explore this topic more in depth, but in the mean time, I thought I’d curate a few other opinions and asking some of my industry friends to chime in… That should help round out what you can find here.

To that end, this video above is from Heather Morton – Art Buyer. Great stuff from her blog. The question she’s answering here comes from Ryan Rogers. More info beyond the video, including some additional questions and images over at Ryan over at HMAb.

How bout you?
Don’t be shy.
What are you doing to promote your work?
Who would you like to give you feedback on that promo?