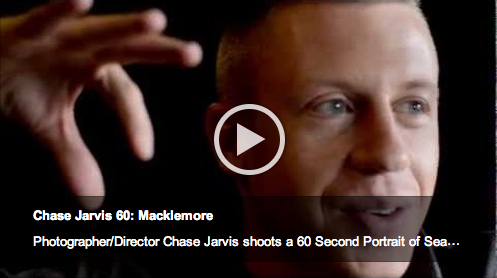 I’m grateful to have so many friends in the Seattle community who influence and inspire me. Among them – Ben Haggerty.

Known to the world as Macklemore, Ben and his talented musical partner-in-crime Ryan Lewis have been on rocket-ship ride to hip hop stardom in the last 7 months. They have been touring non-stop and sold millions of downloads their #1 hit song Thriftshop from the incredible album The Heist. They have appeared on Jay Leno, Saturday Night Live, Letterman, Colbert Report and all the other major talk shows and venues along the way. It’s been fun to watch. We were fortunate enough to have them on our humble little show chasejarvisLIVE back in October of 2011. After the show I caught up with Ben for this portrait. Enjoy the moment.

Macklemore is a talented and a wonderful human being who reminds us all to be honest, fun and grateful. To see what I’m talking about check out this blog post he wrote last week – here. 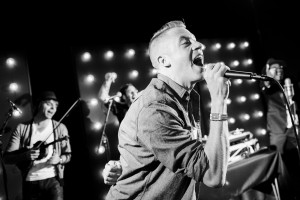 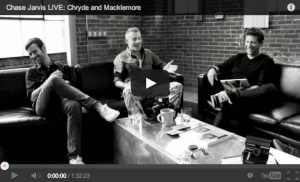